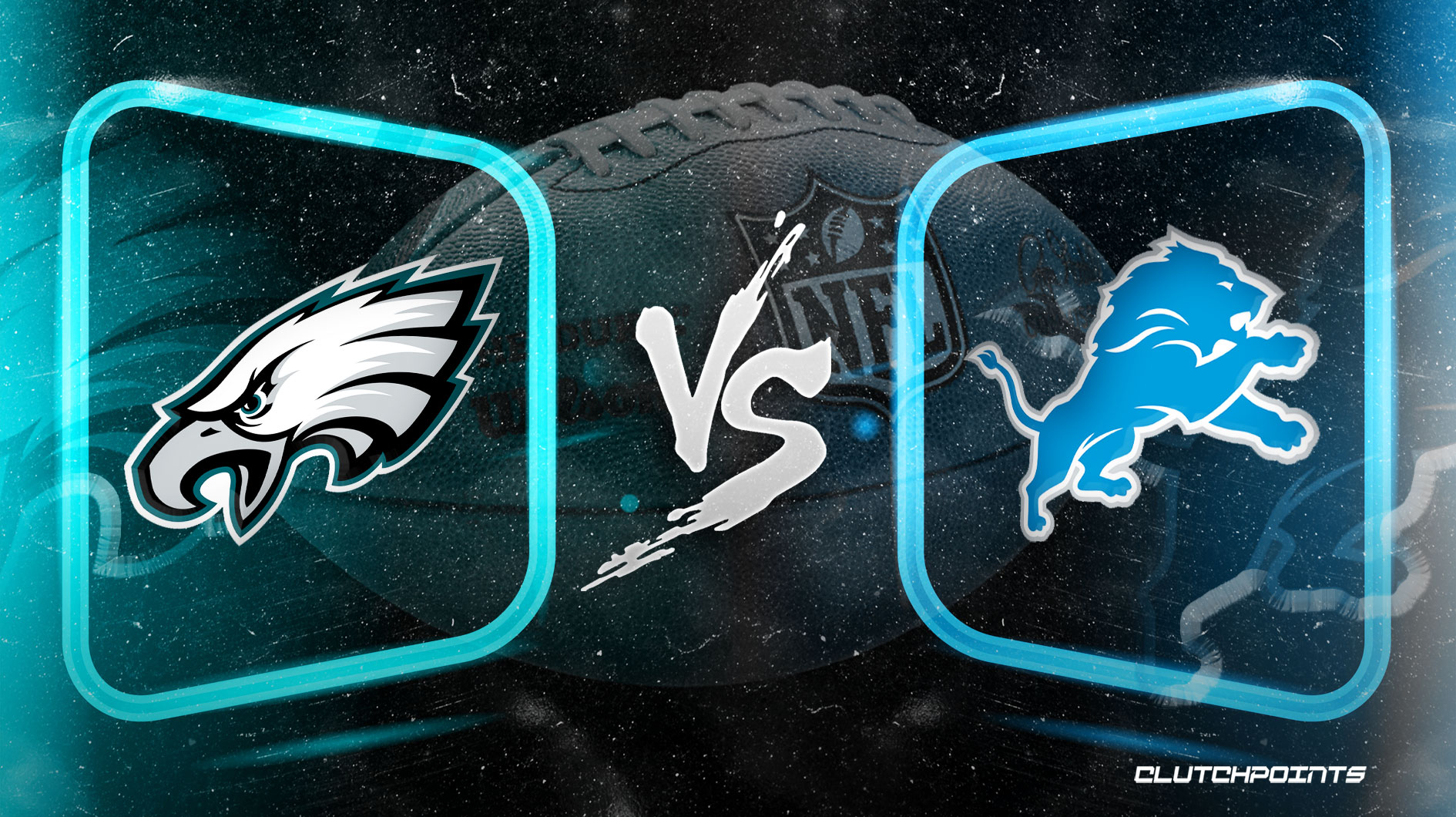 The Philadelphia Eagles will travel to take on the Detroit Lions in the NFL opener for both teams on Sunday afternoon. With that said, it’s a good time to check out our NFL odds series, which includes an Eagles-Lions prediction and pick, laid out below.

Philadelphia is coming off a 9-8 season, reaching the playoffs in the first year of head coach Nick Sirianni’s tenure. While the team ultimately lost in the opening round to the Tampa Bay Buccaneers, a season like 2021 could catapult this team into perennial contention. The NFC East is considerably weaker than usual, and Sirianni’s team can take advantage of that.

Detroit struggled big time last season, going 3-13-1 in Dan Campbell’s first year at the helm. The team was featured on HBO’s hit series “Hard Knocks” which, while increasing familiarity for the public, may have also upped expectations for this club. Detroit may be a couple of years away from contending for a playoff spot, but there is no doubting that this roster is significantly improved from last year.

Here are the Eagles-Lions NFL odds, courtesy of FanDuel.

Philadelphia will send out quarterback Jalen Hurts again as starter. Hurts led the team to an 8-7 record in his 15 starts, tossing 16 touchdowns to nine interceptions. Hurts added ten rushing touchdowns, rushing for 784 yards, a true dual threat. Running back Miles Sanders ran for 754 yards last season, but inexplicably did not score a touchdown last season. DeVonta Smith hauled in 64 catches for 916 yards and five touchdowns last season. Tight end Dallas Goedert totaled 830 receiving yards, catching four touchdown passes. A new star is in the fold, as the team acquired former Titans receiver AJ Brown in the offseason. In his three seasons in Tennessee, Brown has hauled 185 catches for 2,995 yards and 24 touchdowns in 43 games. Hurts may be more inclined to sit in the pocket with those three outrunning routes.

Philadelphia’s defense allowed 22.6 points per game last season, ranking 18th in the league. Fletcher Cox returns for his eleventh season with the team, totaling 58 sacks in his career, a constant presence along the defensive line. The team drafted Georgia lineman Jordan Davis, who impressed with his athleticism at the Combine, and he is expected to make an impact right away. Perhaps the steal of the draft is Davis’ college teammate Nakobe Dean, who slipped to the third round. CJ Gardner-Johnson was acquired at the end of the preseason and has five career interceptions in his three seasons.

Why The Lions Could Cover The Spread

Outside of the Hard Knocks hype, Detroit has a very capable quarterback in Jared Goff. While Goff may not exactly perform up to his mega contract, he is a solid, top half of the league option. Goff has gone 45-37-1 in his 83 starts, tossing 126 touchdowns and 63 interceptions in his career. Last season, Goff threw 19 touchdowns and just eight interceptions for this team. Jamaal Williams and D’Andre Swift combined for over 1,000 rushing yards last season, and are back to head up the backfield tandem. Amon-Ra St. Brown hauled in 90 passes for 912 yards in his rookie season and will be a Goff favorite as the team awaits the return of first-round pick Jameson Williams. Tight end TJ Hockenson has caught 12 touchdowns in his three-year career.

Defense was a sore point for this team in 2021, but that weakness was addressed this offseason. Aidan Hutchinson, the local product, was drafted second overall after a decorated career at Michigan. Hutchinson and sixth-round pick Malcolm Rodriguez impressed in the preseason. At the least, we should expect a spirited effort from this group, as head coach Dan Campbell is an energetic maniac.

Philadelphia simply will be too much for Detroit to handle.