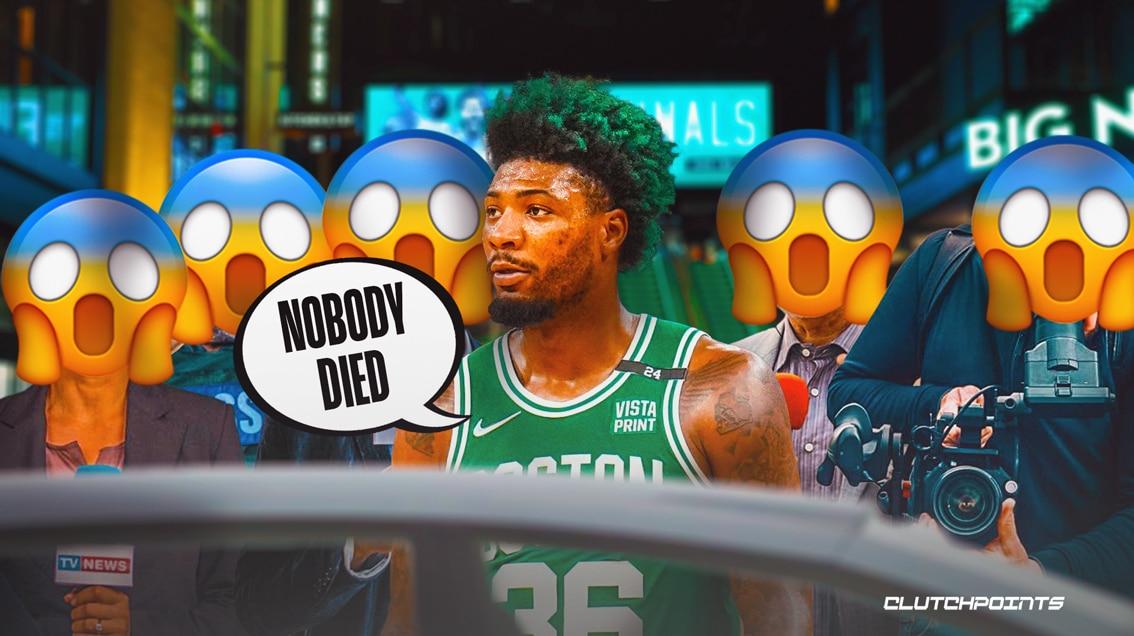 The Boston Celtics decision to suspend their head coach Ime Udoka for the entire 2022-23 season has shocked the entire NBA world, including the Celtics own players. While some folks are intent on making sure Udoka gets left in the past, Boston’s point guard Marcus Smart offered a different opinion on the matter that will certainly draw some attention.

Smart, along with the rest of the Celtics squad, bought in fully to Udoka’s message last season, and it led the team all the way to the Finals. Even with all the drama and speculation surrounding Udoka right now, that hasn’t been lost on Smart. Smart said that despite everything that Udoka has faced recently, he still loves his head coach and believes the situation is unfortunate.

Marcus Smart: "Nobody died. I still love Ime as a person and as a coach. He led us to the Finals. It's just something unfortunate has happened to him." #Celtics

This whole quote appears to be a strong take in support of Udoka, and will certainly draw some backlash throughout the NBA community. Udoka’s situation remains wildly murky, meaning that nobody really has any idea what the full story is. Smart goes as far to say that “nobody died” hinting that he believes much of the speculation to be overblown.

It’s tough to form an opinion on the situation given that there is still so much information that is unknown to the public, but it’s clear that Smart thinks the situation Udoka finds himself in is unfortunate. It will be interesting to see how the rest of the Celtics feel about Udoka, as his cloud will continue to hover over the team throughout the season.

Regardless of their individual feelings on the controversy, Marcus Smart and the Celtics are going to have to find a way to move forward from this and focus on the 2022-23 season. Whether or not they can do that could determine how much success they will have during the season.