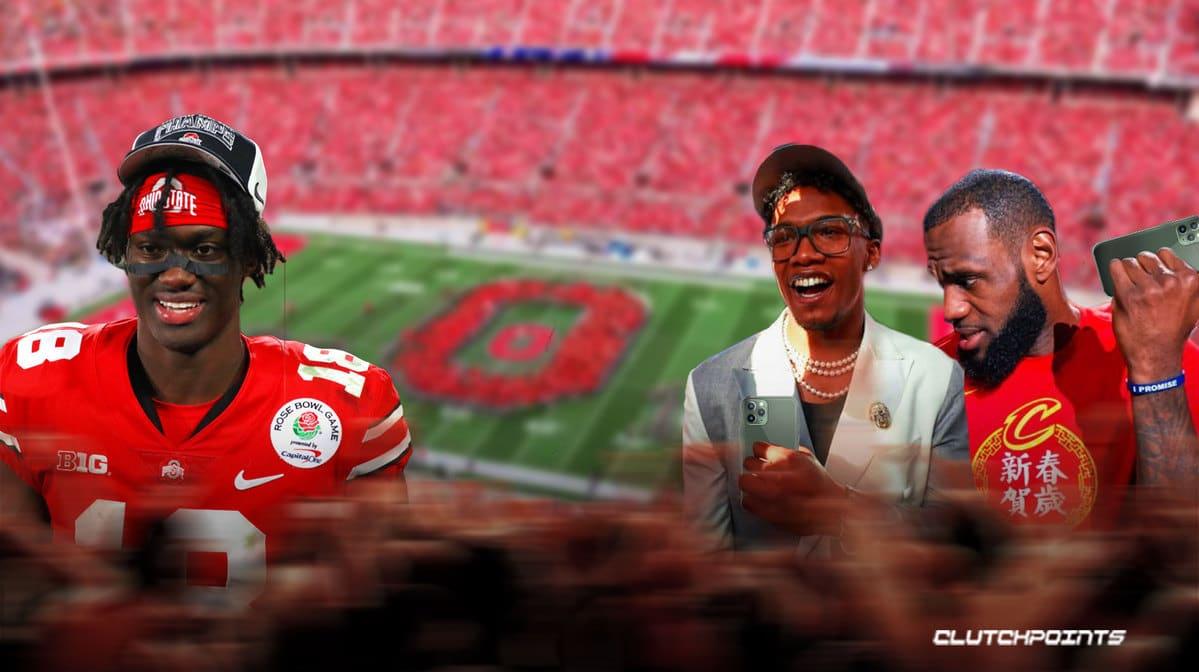 Rarely have stakes been higher than in this year’s edition of The Game, pitting undefeated Ohio State against undefeated Michigan in a contest carrying major national title implications. Marvin Harrison Jr. is arguably the brightest star in a game full of them, and the Buckeyes receiver proved it during a dominant first half performance on Saturday.

His long touchdown in the second quarter came after Harrison had already made an eye-popping one-handed grab on the sideline, drawing lavish praise from some of the biggest Buckeyes fans and alums in sports.

The ABSOLUTE BEST WR in the country!! #18 Jr

Wilson, remember, even got an up-close look at the uber-talented wideout last season, when Harrison was a freshman backup for the Buckeyes.

The son of Indianapolis Colts icon Marvin Harrison, a Hall-of-Famer with eight All-Pro nods to his name, the younger Harrison seems bound to follow in his father’s footsteps at the next level.

Harrison Jr. is perhaps the most physically gifted receiver in college football, with both the highlights and stats to match. He entered Saturday’s action with 65 catches for 1,037 yards and 11 touchdowns, surely en route to a bevy of postseason accolades.

The scariest part for opponents? James, Thomas, Wilson and Buckeyes nation will have another full season to watch Harrison out-class college defenders before he’s eligible for the NFL draft, where he’s expected to be a top pick in 2023.