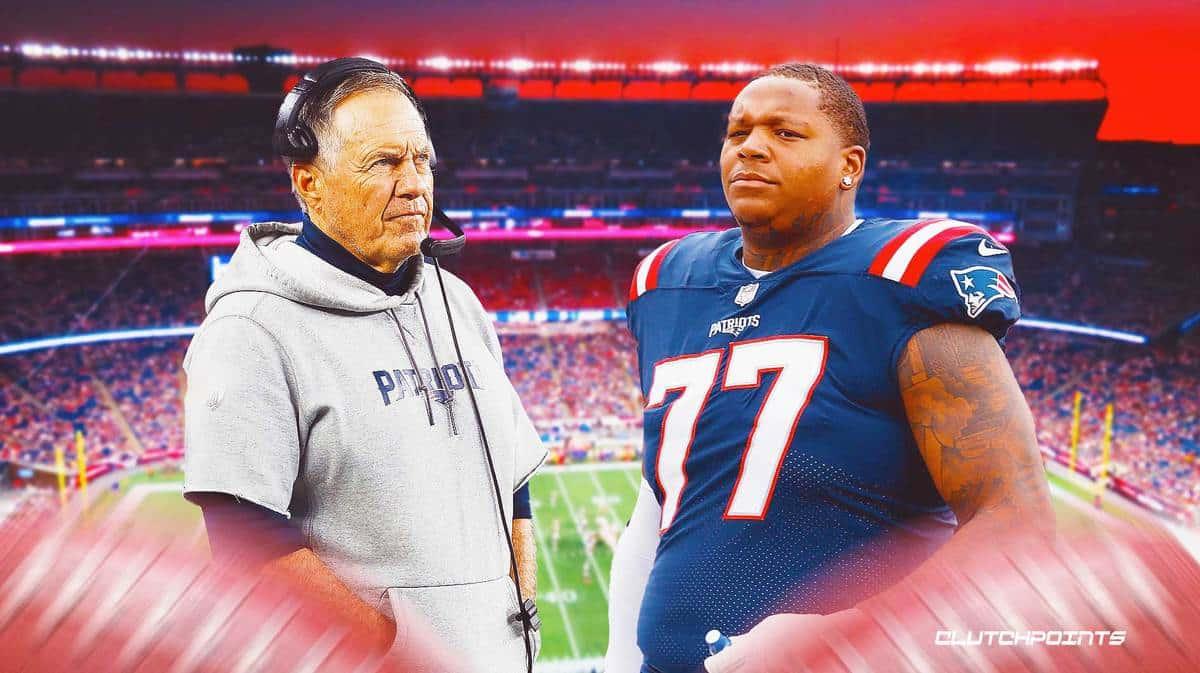 FOXBOROUGH – In the New England Patriots first game after the bye week, several people wondered what they would do – if anything – to help fix their offensive woes.

They answered that question shortly before kickoff.

Left tackle Trent Brown wasn’t working with the starting unit in warmups less than 30 minutes before kickoff in the Patriots’ 10-3 win over the New York Jets on Sunday. Sure enough, he didn’t start at left tackle, either. Isaiah Wynn, who struggled in his switch over to right tackle this season, returned to left tackle and got the start there on Sunday.

“Yeah, it was a coaching decision,” Belichick said.

And that was that. Belichick’s decision was a bit of a surprise though. While the offensive line has struggled a lot this season, especially in recent weeks, Brown’s pass blocking was a steady force. After a disastrous performance in Week 1, Brown allowed just two sacks in the following eight games and hadn’t allowed one since Week 6 against the Cleveland Browns.

Brown’s time on the bench didn’t last for long, though. Wynn got hurt in the first half and didn’t return, allowing Brown to get back onto the field. Even with Brown back on the offensive line though, the Patriots struggled to protect Mac Jones. They gave up six sacks on Sunday.

The Patriots’ offense continued their struggles against the Jets, too. They only accounted for three points and had just 297 yards of total offense. They got the ball into Jets territory five times, but each time that drive eventually stalled out.

Belichick thinks the struggle for the Patriots’ offense is more finishing off drives rather than actually getting the ball down the field.

4 Patriots things most to blame for brutal Week 12 loss vs. Vikings

“We moved the ball. We just didn’t have enough points,” Belichick said. “So we’ve got to do a better job of scoring more points when we get down there, and when we get close to scoring points, 30, 35-yard line, get the ball closer to get some points on the board. It wasn’t like we couldn’t move the ball. We had several good opportunities, but we just – penalties, negative plays, dropped the ball, missed opportunities.

Carl Lawson…. my lord. What a long-arm rush. #Jetspic.twitter.com/TuSqh3jOSp

“Just have to do a better job there. And again, give the Jets credit. Coach Saleh and his staff and their players, they have a really good defense. We all know that. But we’re going to see good defenses for the rest of the year, as well, so we’ve just got to coach and play better.”

The Patriots hope their offense can turn things around in just a matter of days. They face the 8-2 Minnesota Vikings on Thanksgiving night.