Rams get mixed updates on Cooper Kupp, Aaron Donald ahead of Week 6 vs. Panthers 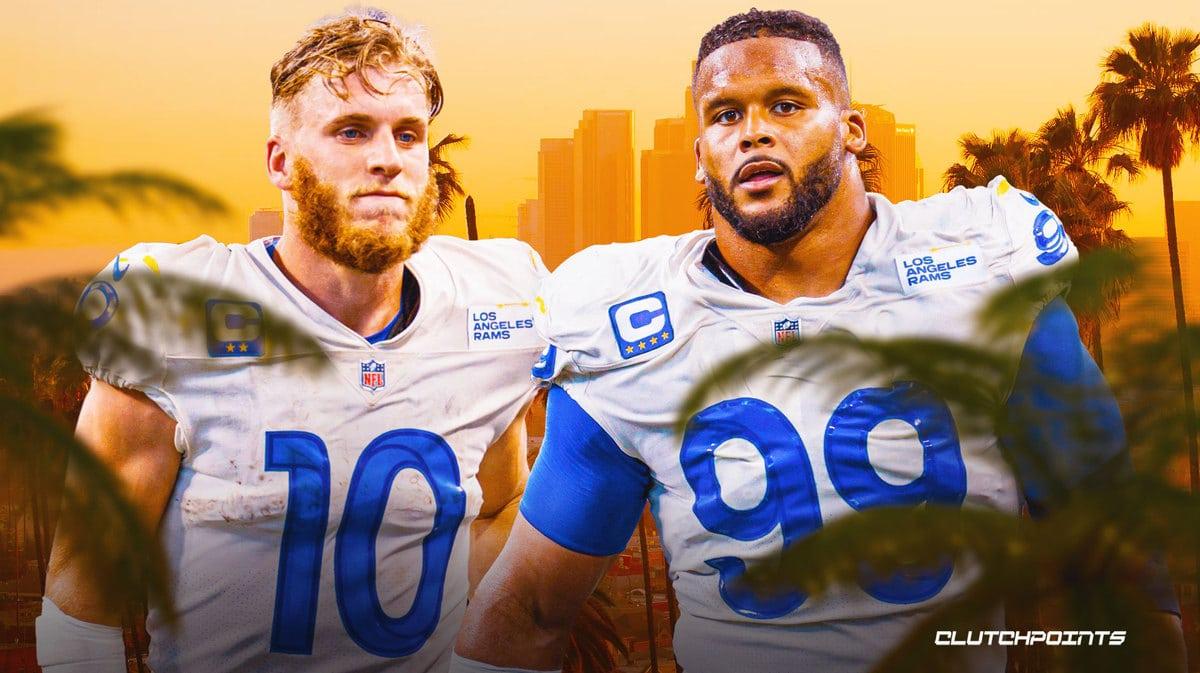 The Los Angeles Rams have had a rough week regarding injuries. They may now be heading into their Week 6 matchup against the Carolina Panthers without two of their best players.

During the Rams Thursday practice, star wide receiver Cooper Kupp was a limited participant. Along with this, defensive tackle Aaron Donald was a non-participate. Both Kupp and Donald are currently dealing with foot injuries.

The Rams are currently off to a rough start following their Super Bowl victory in 2021. They are currently 2-3 and second in the NFC West.

Many of the struggles that the Rams have faced have come on the offensive side of the ball. They are currently averaging just 16.0 points per game, a harsh drop off from what they were capable of last year.

Even with the Rams struggles on offense, Kupp has once again looked elite. The 2021 triple-crown winner is off to another top season, recording 49 receptions for 527 receiving yards and four touchdowns over the five games.

On the defensive side of the ball, Donald has also continued to look elite for the Rams once again. He has been a force yet again, recording 21 total tackles for four sacks over the first five games.

All signs point to both Donald and Kupp being prepared to take the field on Sunday. As they have gotten older, the Rams have taken more precautions with them during practice.

If the Rams hope to get back on track, they will more than likely need the two stars on the field, even against a struggling Panthers team.