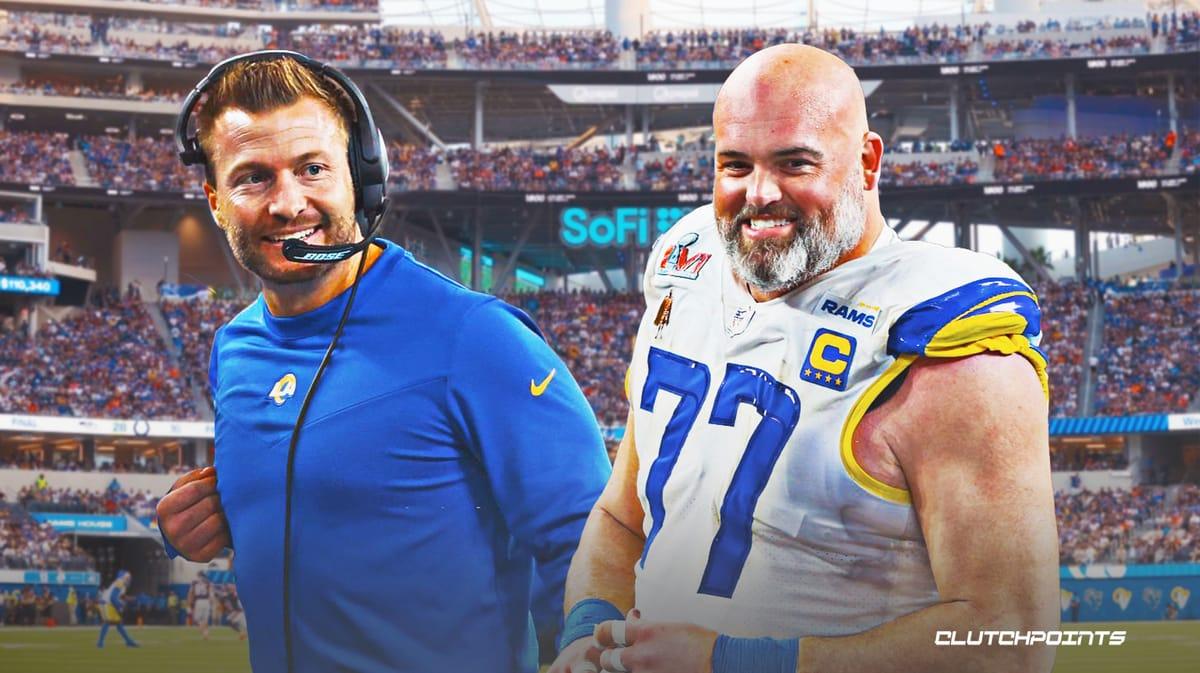 40-year old offensive tackle Andrew Whitworth announced his retirement on Tuesday. Whitworth leaves the game on a high note following the Rams Super Bowl 56 victory. He also will be remembered for his kindness and generosity as evidenced by his winning of the Walter Payton Man of the Year Award this past season. There is no question that he will be missed by everyone in the NFL.

One of the people who will miss him the most is Rams head coach Sean McVay. McVay stated that Whitworth “changed the course of this franchise” when asked about his retirement. McVay went on to proclaim that Whitworth made people want to be better and that he could see Whitworth making the Hall of Fame someday.

The talented offensive lineman was one of McVay’s first free agent signings of his coaching career. Whitworth helped McVay feel confident in his role despite the fact that he was the youngest NFL coach in the league when he received the Rams head coaching job.

Whitworth spent 16 years in the NFL and made two All-Pro teams which both came during his time in LA. He was also selected to one Pro Bowl during his time in Cincinnati and made three Pro Bowls with the Rams. He played a crucial role in protecting quarterback Matthew Stafford this past season during the Rams championship run. His ability on the field mixed with his leadership made him a favorite amongst teammates, coaches, and fans alike.

Whitworth will be missed in Los Angeles but he goes out as a true star of the game.