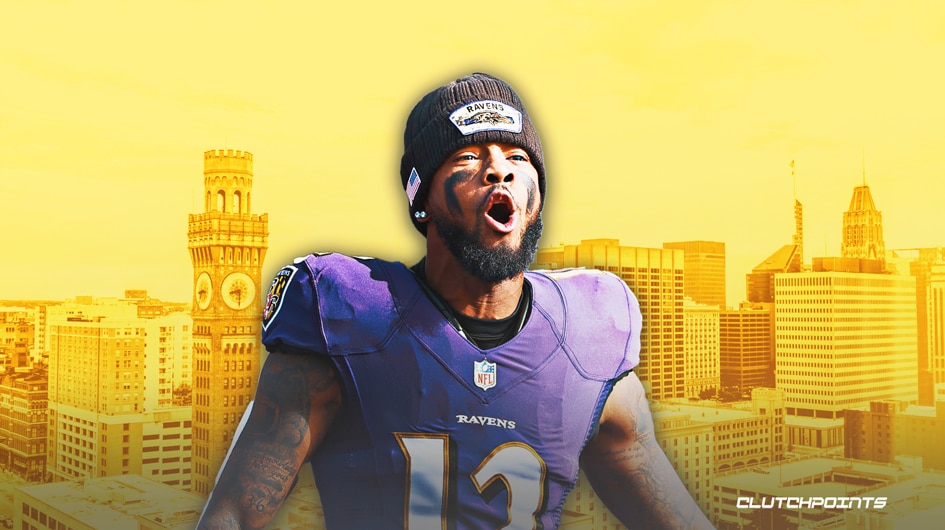 Rashod Bateman had a solid rookie campaign for the Baltimore Ravens. He wasn’t a top option in their offense by any means, but Bateman filled in as a secondary option for star quarterback Lamar Jackson to hit when the offense needed a boost. As a result, many folks around the Ravens have been expecting big things for Bateman in 2022.

On one hand, Bateman seems set to benefit from an increase in targets in 2022. But on the other hand, will he able to get open now that he will be facing more attention from opposing cornerbacks? Bateman is going to be a very important piece of the Ravens’ plans in 2022, but what will that mean for fantasy owners? Let’s take a closer look at Bateman’s fantasy outlook for the 2022 season and see what should be expected of the young wideout.

Bateman has a fantastic opportunity on his hands to become one of the top wide receivers in the NFL. Jackson doesn’t have much pass-catching talent to work with after Mark Andrews and Bateman, meaning that Bateman could be set for a much more productive 2022 campaign.

Bateman wasn’t really a factor in the 2021 season for fantasy owners (46 REC, 515 YDS, 1 TD). He simply didn’t see enough of the ball to become anything more than a bench filling wideout who folks were hoping would see an increase in volume as the season went on. But Bateman had some solid outings throughout the season to inspire confidence that he could become something in the future.

Bateman’s production left him as the 80th ranked wide receiver last season. Now that he’s Baltimore’s top wide receiver, he’s bound to move up the rankings quite a bit heading into the 2022 season. It’s clear that Bateman should see more targets in 2022, but how high he will be able to fly remains to be seen.

For starters, Rashod Bateman is still unproven. And out of nowhere, he’s now expected to lead the Ravens’ wide receiver corps. He doesn’t have much help behind him, as Devin Duvernay and James Proche II are even more unproven than him. Andrews will be Jackson’s favorite target at tight end, but after that it’s going to be up to Bateman to hold his own in the passing game.

It’s also worth noting that Baltimore is going to be a run first team. Jackson is one of the best dual-threat quarterbacks in the game, and JK Dobbins and Gus Edwards are a solid running back duo. They will help open up the passing game, but it also may limit Bateman’s production if the ball stays on the ground for long stretches of the game.

Bateman will see an increase in targets, but that doesn’t mean he will always catch the ball. Bateman didn’t face top corners last season playing behind Brown, but he doesn’t have that protection this time around. Bateman is probably going to draw top corners most of the time, and he’s going to have his work cut out for him if he wants to get open and make himself available for Jackson.

Still, there’s a reason Bateman was the 27th overall pick of the 2021 NFL Draft, and it’s hard to believe the Ravens would have traded Brown away if they didn’t feel comfortable with what they had in Bateman as their top wide receiver. Bateman is going to have a chance to make that jump this season, and it’s hard to not get excited about the potential that surrounds him right now.

Bateman’s projected target volume makes him a top 30 wide receiver, with his upside being a potential top 20 wideout. Counting on Bateman to be anything more than a FLEX option out of the gate feels quite risky, though. He still has an unbelievable amount of upside, making him a worthwhile investment for many fantasy owners. Bateman has all the pieces in place to put together a breakout season with the Ravens.

At the end of the day, Bateman is still probably a FLEX option on draft day, and his sweet spot in going to be rounds 7-9. There’s no sense using an earlier pick on Bateman because of the question marks surrounding the Ravens on offense as a whole. But Rashod Bateman is going to have every opportunity to prove that he has what it takes to succeed in the NFL this season, and he could be an under-the-radar candidate for a breakout season given the status of the Ravens offense.