Baltimore Ravens cornerback Tavon Young looks to be 100 percent healthy after missing the entire 2019 season because of surgery on his neck. Losing Young for last season was thought to be a big loss for the defense, but the rest of Baltimore’s secondary was able to step up. Young’s neck injury was very concerning and there seemed to be some serious questions if he would be ready for 2020.

Ravens defensive coordinator Wink Martindale was asked about Young, and his response was simple, he’s ready to go.

“He looks healthy on the computer,” Martindale said, via the team’s website. “He says he’s healthy. He’s ready to go. Tavon is ready to go, and if he tells me he’s ready to go, I believe in him 100 percent. And he’ll be ready to go, so I’m excited about that.”

During the 2018 season, Young had a big season, finishing with 36 tackles, two interceptions, two sacks, and he returned two fumbles for a touchdown. Ravens head coach John Harbaugh pointed out last February just how important of a player Young is for the defense. 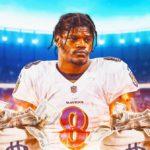 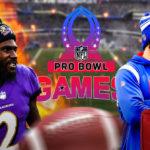 “If you have a versatile player that can play in there, can cover receivers, but is also willing to blitz, also willing to go in there and make tackles against the run like this guy is, it’s a big plus for you,” Harbaugh said last February. “We want to run a diverse defense. We want to bring guys, we want to cover guys, we want to change things up. You need versatile players that can do a lot, and that’s Tavon.”

The Ravens’ defense was good in 2019, and getting Young back should only help them make another big step forward. Marlon Humphry, Marcus Peters, Jimmy Smith, and Young seems like quite the crew.