The Boston Red Sox are considering all options in MLB free agency. And that includes the possibility of shortstop Xander Bogaerts leaving the team. The Red Sox are reportedly scouting the second base market amid Bogaerts’ potential departure, per NBC Sports.

Trevor Story signed with Boston last season. After playing shortstop for the first 6 seasons of his career in Colorado with the Rockies, he moved to second base in 2022. But the Red Sox are planning on moving him to shortstop if they are unable to re-sign Xander Bogaerts. There is no shortage of shortstops on the free agent market, but Boston is reportedly aiming to add a new second baseman.

This news does not mean that the Red Sox are moving on from Xander Bogaerts. Chaim Bloom recently admitted that Bogaerts is their top choice, per The Boston Globe.

“We want him here. He makes us better,” Bloom said. “Part of our jobs is to explore every option to field a contending team next year and put together a really good group. We need to explore every possible way to do that, but Bogey’s our first choice.” 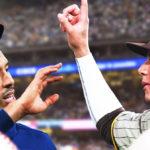 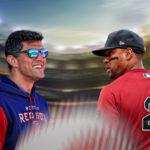 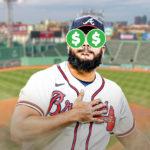 The Red Sox will only acquire a new second baseman and slide Trevor Story over to shortstop if Xander Bogaerts leaves in free agency. Story will be just as invested as the rest of us in Bogaert’s decision. His defensive position will ultimately be decided by what transpires this offseason.

Although the Red Sox would like to re-sign Xander Bogaerts, the star shortstop will receive no shortage of interest on the free agent market.