The Washington Redskins have a very notable absence at camp so far – Trent Williams. Williams is the star of the offensive line. He’s arguably been their best place for years now and is one of the best offensive linemen in football.

The recent reports were that the dispute isn’t just about money. Williams is supposedly not happy with the medical staff. He doesn’t trust general manager Bruce Allen, and he won’t play with the team ever again. The relationship is beyond repair.

However, the Redskins don’t agree.

Usually, this wouldn’t hold much weight. Of course, the team isn’t going to admit that the relationship with their superstar tackle is broken beyond repair. Tony Wyllie isn’t the only person to make this statement though.

Head coach Jay Gruden has the belief that things will work out as well. Again, this isn’t that surprising of a revelation, but that’s not all. Right tackle Morgan Moses believes so as well and stated that he expects Williams to join the team at some point. 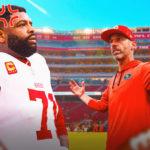 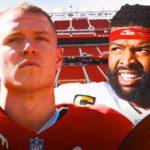 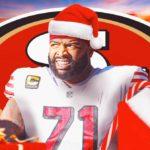 Moses is the big one here. A fellow teammate and offensive lineman. He has no obligation to say such things and could just have easily called out Williams. Instead, it seems like he believes things will work out.

For now, though, it’s a waiting game. One thing’s for sure is that the two sides definitely aren’t seeing eye-to-eye at the moment. Could this lead to a lengthy holdout? Or a trade? Maybe even a contract extension?

Whatever happens, it’s safe to say we’re all just in the dark at the moment – waiting for more news.