Free agent center Joffrey Lauvergne has agreed to a two-year deal with the San Antonio Spurs, according to Shams Charania of The Vertical.

Lauvergne spent his first two seasons with the Denver Nuggets, splitting his last between the Chicago Bulls and the Oklahoma City Thunder, for whom he averaged 5.7 points and 3.7 rebounds per game through 50 games.

He became an unrestricted free agent on Saturday when the Bulls pulled his qualifying offer, making him of immediate interest to teams trying to bolster their bench.

The 6-foot-11 center represents what the modern European big man is all about nowadays, displaying a clear ability to shoot the ball from distance. 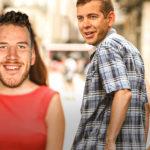 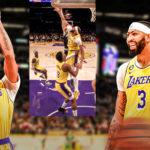 He fits the mold of that dynamic big that head coach Gregg Popovich likes to have on his roster, very much like fellow Frenchman Boris Diaw was for several seasons in San Antonio.

Lauvergne shot 45.5 percent from the floor and 34.6 percent from deep during his short stint with the Thunder, playing only a whisker under 15 minutes per game.