Matisse Thybulle has one of the most unique skillsets across the entire NBA. The 25-year-old has made the All-Defensive Second-Team twice in his three year career despite his limited minutes. His game changing wingspan and activity is so exciting but his offensive deficiencies make him a difficult player to evaluate.

The former first-round pick is heading into his final year of his rookie contract. It is unclear what his future is with the Sixers as he fell out of the playoff rotation last season. His vaccination status made him ineligible to play against the Toronto Raptors and his lack of offensive ability made him impossible to play even in games in the United States. Jake Fischer of Bleacher Report recently dropped an update on Thybulle’s potential outlook with the Sixers:

“The Sixers actively explored the trade market for Matisse Thybulle this summer—quite the important context for the third-year forward’s extension discussions. While Thybulle guards at an All-Defense caliber, his lack of consistent shooting has provided problems for Philadelphia’s lineups around Joel Embiid. Plus, the Sixers added P.J. Tucker and Danuel House Jr. to further their two-way depth on the wing and in the frontcourt…There hasn’t been traction on extension conversations with Thybulle.”

It should be no surprise that Thybulle’s future with the Sixers is not clear. His inability to play postseason minutes is a massive concern and he has been rumored to be traded for quite some time. Giving the 6’5” guard an extension would make him difficult to trade due to the difference in contract value. He also becomes less appealing as a trade target for opposing teams given his free agent status next offseason.

The additions of PJ Tucker, Danuel House Jr, and De’Anthony Melton have lessened the need for Matisse Thybulle next season. James Harden has yet to sign his contract which many perceive as Daryl Morey not being done making changes to the roster. It will be interesting to see how things shake out but Thybulle’s longterm fit in Philadelphia is looking more unclear than ever. 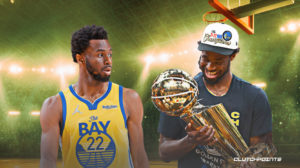