It’s all but decided that Kenny Pickett is the future at quarterback for the Pittsburgh Steelers. The question that remains is how long it takes for him to take over for incumbent starter Mitchell Trubisky.

Those hoping to see Kenny Pickett take the reins any time soon shouldn’t hold their breath. Based on the latest report from NFL insiders Ian Rapoport and Tom Pelissero, the Steelers are set to take the Patrick Mahomes approach with their 2022 NFL Draft first-round pick.

“Pickett is the team’s future, and he’s been even better than Pittsburgh expected when it drafted him 20th overall. His time will come. The hope is that his situation will mimic that of Patrick Mahomes and the Chiefs during his rookie season when Alex Smith started — that Trubisky will play the whole season and Pickett will take over next year. Time will tell if that’s the case.”

Mitchell Trubisky was named one of the captains of the Steelers and has taken on a visible leadership role for the roster. Mike Tomlin has spoke out previously on letting Mitch do the heavy lifting and it sounds like it was more than just lip service as Kenny Pickett could potentially sit out most if not the entire year based on current projections.

But if Trubisky starts off shaky this season, the clamor for Kenny Pickett to get his opportunities early will only get louder. But for now, he’ll have to bide his time and learn what it takes to be a starting QB from behind the scenes. 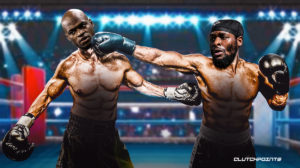