Phoenix Suns 2018 no. 1 overall pick Deandre Ayton came off the bench in their 98-94 victory over the Orlando Magic.

Suns head coach Monty Williams made sure to warn anyone who is thinking about looking more into his lineup change on Friday night. Per Gina Mizell of The Athletic, Williams made the move to bring Ayton back slowly and to provide an anchor to their second unit.

Monty on tonight's starting lineup/Ayton coming off the bench: "It’s not anything other than making our team better. We need an anchor in that second unit, but make no mistake about it, DA’s a starter in this league. We just gotta integrate him the right way." #Suns

Obviously, being selected first overall just last year, it’s surprising to someone like Ayton come off the bench. Then again, the move makes sense considering the circumstances he is dealing with this season. The Suns can’t just blindly do the thing, after all.

To recall, Ayton served a lengthy 25-game suspension for violating the NBA’s anti-drug policy. He missed the second game of the season and made his return to the court on December 17. However, in his first game back, Ayton suffered an ankle injury which sidelined him for over a week.

Following a five-game absence, Ayton came off the bench in his first two games back, but started the previous three prior to last night’s game against the Magic. 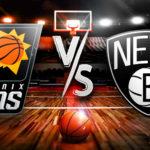 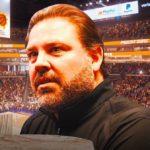 Despite coming in as a reserve, the former Arizona standout still played 30 minutes and netted 13 points, nine rebounds, and three blocks. He also closed the game down the stretch for the Suns.

Williams opted to start Aron Baynes at the five with Dario Saric at the power forward position. In the three games prior, Williams had deployed an Ayton-Baynes pairing down low.

With Williams’ words, it doesn’t appear like Ayton will stick in the second unit for very long. It may just be a matter of time until he rejoins the starting five again for the Suns.