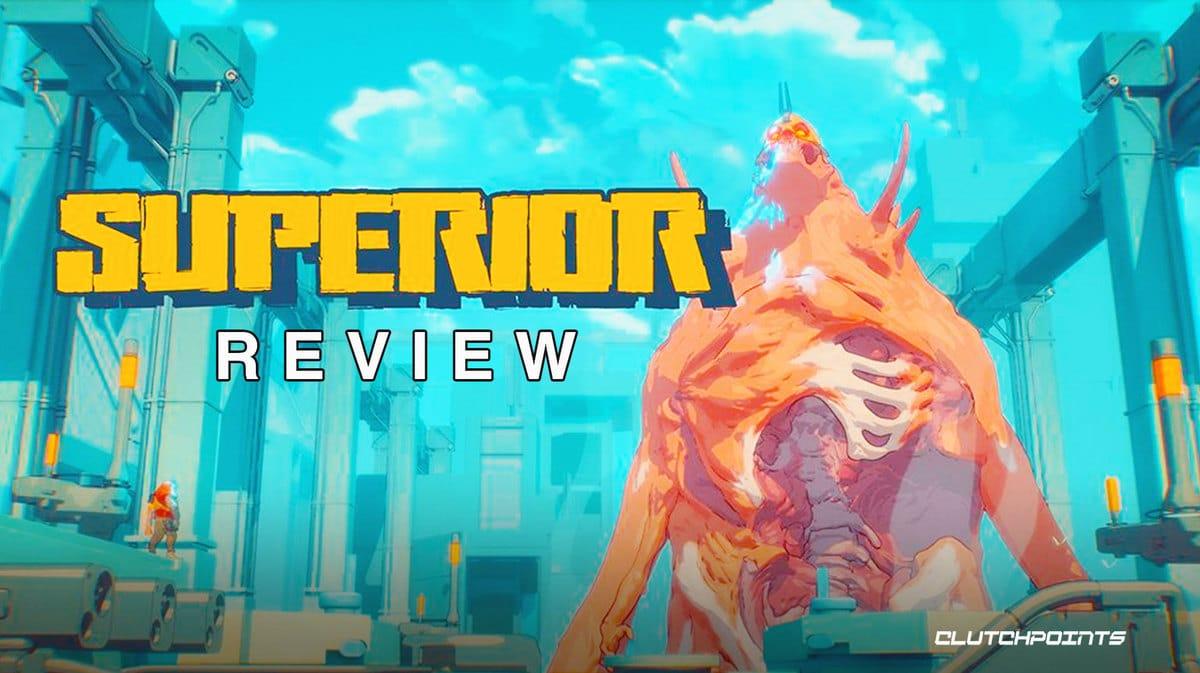 Superior is a very fun game to play with friends and is actually pretty challenging to play. It also has Web3 integration. Here is our game review for Superior, a look at its gameplay and story.

Superior is currently available in early access on PC. It is also available on the Gala Games website. You will also need a Gala Games account to play it. Yes, that’s right. This game is a Web3 game. Players can buy the game using cryptocurrency, or purchase NFT characters to use in-game. Signing up for a Gala Games account also gives you access to your very own online crypto wallet. If anything I said does not sit well with you, that’s understandable. You wouldn’t be alone in that matter. The Steam page for this game has mixed reviews, with the negative reviews mostly pointing to its NFT implementation.

It is totally possible to play and enjoy this game without buying any of the NFT characters. Superior is a fun game, as I will talk about in a bit. However, if it doesn’t sit well with you that the game supports NFTs, then you can choose to not buy the game, and just read my review on it. With that out of the way, let’s dive into this review.

This game is a roguelite third-person shooter. You select one of three superheroes and traverse procedurally generated levels. In between levels you can select one of three upgrades, which give improvements to your dash, melee attack, or guns. Whenever you die, you lose the upgrades you’ve bought, and start from the beginning. You do, however, earn EXP which levels the heroes you use. Leveling up gives you Skill Points, which you can invest into the skill tree. Superior’s main gameplay loop is just that. You go in, shoot things, grab the juice, escape, upgrade yourself with juice, then repeat.

It’s no surprise that I am a sucker for roguelite games. Dead Cells, Slay the Spire, Risk of Rain 2, and more. That’s why when I tried Superior out, I really enjoyed it. I went with Ronin, who was the close-combat character. His skill involves giving him a huge amount of shields, which reset every time he got a kill. I went with this character since I was playing solo and wanted survivability. My first few runs were, admittedly, not good. I was still getting used to the controls and the combat mechanics. Thanks to this, I kept dying in the first level. After a while, though, I got used to it. I was able to get further and further with each run. The more I played, the more I understood how it works.

There’s a good variety of things you can do on the levels. For example, you could be defending a juice extraction in one level, then taking back the juice from guards in the next. Afterward, you could be fighting a huge boss, capable of taking you down in a few hits. Variety is needed in roguelite games, and Superior has it. Speaking of variety, the upgrades you get also have some good variety. I like the fire-based ones myself, and it’s fun finding upgrades that synergize well. For example, I would have the sprint that sets enemies on fire. In conjunction with that, I had the upgrade that made burning enemies explode and light those near them on fire. It’s little things like this that make me play roguelite games a lot.

There were also daily and weekly missions that helped me level up my character. I was a little confused about how the skill tree worked at first, but I eventually got around to it. There’s a variety of skills you can get to complement your playstyle, so just make sure to read them well.

Superior’s story is actually pretty funny. Not because of the premise, mind you, but because of the robot bartender giving you commentary as you play along. The basic plot is simple: you are a superhero taking down superheroes who turned evil. A very simple premise, sure, but a good one nonetheless. Most of the story and commentary come from the robot bartender, who you will here throughout your runs. They remind the player of the things they need to do, as well as provide random bits of lore. His way of talking and joking reminds me of a less annoying version of Claptrap from Borderlands.

The bartender’s humor also sets it apart for me, as it doesn’t get old quickly. Their banter is a welcome addition to the runs. Dr DisRespect’s Project Moon charges playtesters rather than paying them If I just look at the gameplay and story of Superior, it’s a pretty solid game. It definitely still needs some polish, as it’s still rough on the edges in terms of enemy AI, graphics, and the feel of the gameplay. However, this game has the potential to be a good one. More characters will definitely be a plus, as that would increase replayability in the future. However admittedly, the NFT aspect of the game is a downside for me. If that’s your thing, go ahead. I just feel like it could have been okay without it.

Editor’s Note: ClutchPoints received a PC review copy of Superior to allow us to cover the game. This copy did not, in any way, affect this Superior’s verdict.