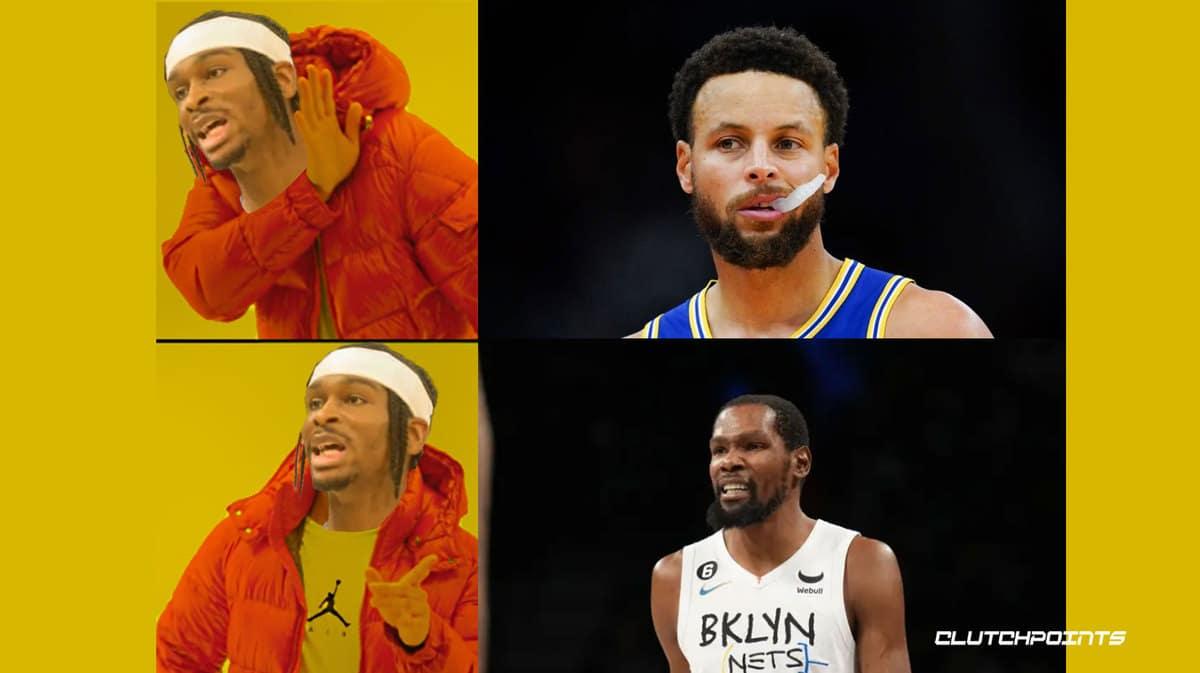 Shai Gilgeous-Alexander recently went viral as he argued with a kid about Kobe Bryant being the GOAT over LeBron James and Michael Jordan. It was a contentious statement, to say the least, but perhaps somewhat lost in the animated conversation is how the Oklahoma City Thunder dropped an even more intriguing truth bomb about Stephen Curry and Kevin Durant.

Golden State Warriors fans probably won’t like how Shai said that KD can pretty much match whatever Steph does on the court (h/t ClutchPoints on Twitter):

“Kevin Durant is 7-feet tall and can do everything Steph Curry can do,” Shai said.

“Kobe is Michael Jordan on steroids… Kevin Durant is 7 feet tall and can do everything Steph Curry can do… It’s Kobe 1, LeBron 2, Mike 3.” They’re all amazing. They’re all the best ever.”

I’m not so sure about that one, Shai. There’s no denying that Kevin Durant is an all-time great, but to say that he can do whatever Steph does is a bit audacious, to say the least. Stephen Curry is without a doubt the greatest shooter of all time and he pretty much single-handedly revolutionized the game as we know it. I mean, KD is great and all, but I just don’t see him draining insane 30-footers on a regular basis.

It’s also true that there are a few facets of Durant’s game that Steph just can’t replicate. KD is listed as 6-foot-10, while Curry is just 6-foot-2. There are just some things that Steph isn’t physically capable of doing. Dunking the ball with authority against opponents is one thing, and almost effortlessly shooting over smaller defenders is another.

Nevertheless, this does not change the fact that from a shooting standpoint, Durant is not on the same level as Curry. As a matter of fact, it’s likely that no one will ever be. So in this respect, it appears that Shai Gilgeous-Alexander’s statement just isn’t accurate.