Covington demanded a rematch with Usman during an interview on Submission Radio, saying the fight should be finalized sooner rather than later after Usman emerged from his title defense against Jorge Masvidal looking rather fresh:

“There’s no reason that this fight shouldn’t be on the plate given right away,” Covington said, via MMAJunkie. “It’s not like [Usman] took any damage in the fight. He’s just fought this journeyman. He didn’t take no punches. He took him down, softened him up, got him gassed out, and knocked him out when he was completely dead tired. So, he didn’t take any damage. There’s no reason that this fight should be dragged out or later in the year than it needs to be.”

The UFC welterweight contender suggested the rematch should occur in August, possibly in Las Vegas or somewhere in Florida.

Covington is not alone in believing he is next in line for a title fight. UFC president Dana White said after UFC 261 Covington was the No. 1 contender for the welterweight strap. 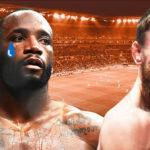 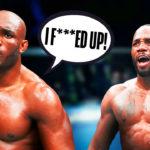 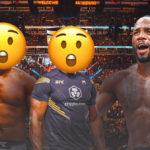 Usman might relish another opportunity to put a hurting on Covington after a heated buildup between the two prior to the first fight. Usman won that bout by KO/TKO in the fifth round, though the fight was and incredibly competitive brawl through the first four rounds.

Covington has not fought since last September, when he thoroughly dominated former welterweight champion Tyron Woodley. Usman has fought twice in that span, finishing Gilbert Burns in February before sparking Jorge Masvidal to retain the UFC belt Saturday night in Jacksonville.