‘This one really hurts’: Frances Tiafoe gets emotional after US Open defeat vs. Carlos Alcaraz Frances Tiafoe couldn’t hold back his emotions after he bowed out of the US Open in the semifinals against Carlos Alcaraz.

Tiafoe actually put up an incredible fight against Alcaraz, battling back and taking the match to distance after falling behind two sets to one. However, in his post-match interview, he admitted he can’t help but feel he let the home crowd down with the defeat.

The 24-year-old, however, didn’t forget to give credit to Alcaraz, whom he said is going to win several grand slam titles.

Frances Tiafoe gets a standing ovation after congratulating Carlos Alcaraz on the win 👏 #USOpenpic.twitter.com/WhdXs2q3YM

It’s hard not to feel for Frances Tiafoe here. After he made it all the way to the US Open semifinals–being the first Black American male to do so since Arthur Ashe–there were high hopes that he could finally put an end to that drought. Not to mention that no American man has made it to the Finals of the competition ever since Andy Roddick in 2006. 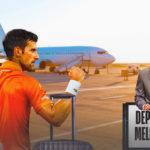 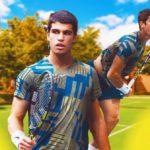 Winning Friday’s game would have been a historic achievement. Unfortunately, it just wasn’t meant to be.

However, Tiafoe certainly didn’t let anyone down. He may have fallen short to his ultimate goal, but it is definitely a huge stepping stone for him that many hopes will lead to multiple major titles.