Valkyrie Elysium, the reboot of the Valkyrie Profile franchise, will be coming out this September, first on PlayStation, then later on, on Steam for PC. Here are the details about Valkyrie Elysium, including its release date, gameplay mechanics, and story details.

Valkyrie Elysium is a reboot of the Valkyrie Profile franchise, a series where players take control of a Valkyrie, recruiting fallen warriors to serve alongside them as Einherjar. The game was first announced during the March 2022 Sony State of Play, and since then Square Enix has shared more details about the game and even showcased the game’s new real-time action-oriented combat in a new trailer video.

We don’t know a lot about how Valkyrie Elysium’s story ties into the Valkyrie Profile series, but here’s what the official story is stated in Square Enix’s publicity materials:

“Long ago,
Ragnarok—the End Times—loomed upon the realms.
The All-Father Odin, with the last of his strength, created an emissary of redemption, Valkyrie; her sole task being the salvation of a doomed world.” 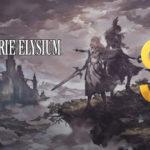 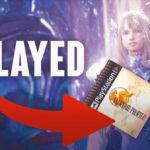 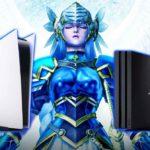 Valkyrie Profile: Lenneth is coming to the PS4 and PS5 on September 29

In Valkyrie Elysium, players find themselves in a world on the brink of destruction, full of danger and fast-paced action combat. The game has been available as a physical and digital release, with a Digital Deluxe Edition available, which allowed players to access the game 72 hours ahead of release on September 26, 2022, and access to an in-game item “Svartaljr: Sword of the Goddess of the Underworld,” and a digital version of Valkyrie Profile: Lenneth, which was supposed to come out on the same day. This version is an enhanced port of the iOS and Android versions of the game, which was by itself based on the PlayStation Portable version of the game. However, a few days before the early access version of the game was due to come out, Square Enix announced that the enhanced port was going to get delayed to December 22, 2022.

Pre-ordering the game will give players an in-game item called “Alscir: Sword of the God of Light” and a Valkyrie Elysium Profile Avatar on PS4 and PS5. At the same time, original wallpapers come with the pre-ordered version on Steam. Buying the Deluxe edition on Steam lets players equip “Svartaljr: Sword of the Goddess of the Underworld” on their Valkyrie.