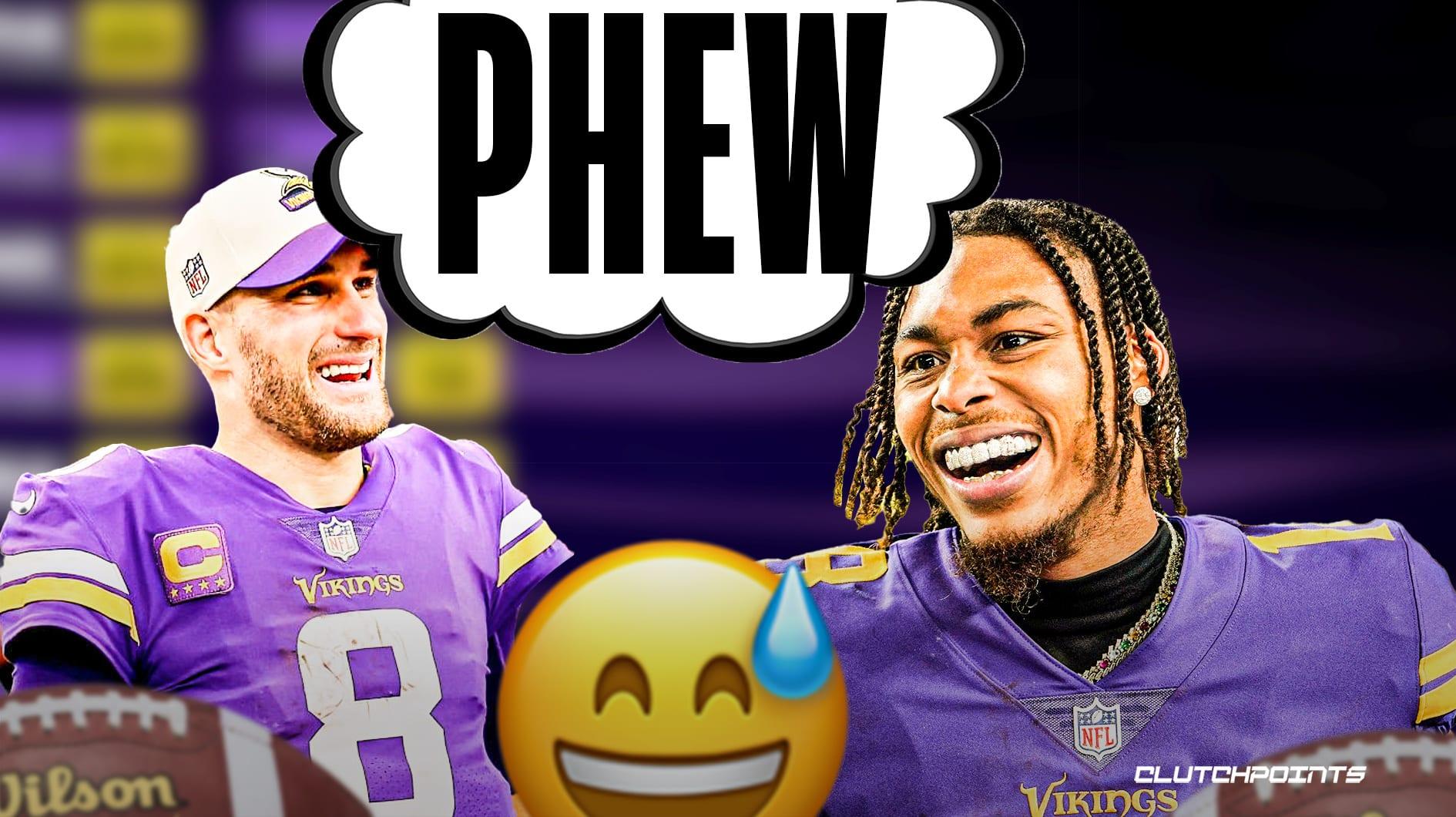 The Minnesota Vikings strange winning ways continued in Week 13 with their victory over the New York Jets. The Vikings never like to make things easy for themselves, and barely managed to pull out a 27-22 victory over the Jets. Minnesota’s record on the season is now 10-2, but they always seem to find a way to make their wins extremely difficult to come by

Either way, the Vikings will be happy to continue winning, and they move closer to wrapping up the NFC North, which seems inevitable at this point. With another win in the books, let’s take a look at the Vikings performance and hand out some grades for their outing against a tough Jets team.

This was a very strange outing for Kirk Cousins and the aerial attack. He didn’t necessarily have a bad game (21/35, 173 YDS, 1 TD) but, as is the case with many of Cousins’ performances, it left a lot to be desired. Cousins missed some easy throws on the day, and never looked comfortable in the pocket against a dangerous New York pass rush.

Cousins once again locked in on Justin Jefferson as his top target (7 REC, 45 YDS, 1 TD) but struggled to get his other top targets in Adam Thielen and T.J. Hockenson involved. Cousins didn’t necessarily do anything wrong, but this wasn’t his best outing, and his inability to get the passing attack off the ground nearly sunk the Vikings in this one.

With Cousins struggling to establish the passing attack, the ground game emerged to help pick up the pieces. Dalvin Cook had another strong outing leading the way (20 CAR, 86 YDS, 1 TD) and he will need to continue to play well if Cousins’ struggles continue.

Behind Cook, Alexander Mattison also picked up a touchdown and 14 yards on his three carries, but other than that not much happened. The final numbers for the ground game are strong (29 CAR, 128 YDS, 2 TD) and it’s clear that Cook will continue to determine how well this group performs. But considering how good he is, that typically will mean good news for the Vikings.

It’s kind of tough to grade the Vikings passing defense because they were all over the place in this one. On one hand, they didn’t allow Mike White to pass for a touchdown, and they intercepted him twice as well. On the surface, that seems like a recipe for a good outing when it comes to defending the pass.

But White led a spirited Jets comeback in the second half, and ended up throwing for 369 yards. Garrett Wilson torched the Vikings secondary all day long (8 REC, 162 YDS) and Corey Davis also had a big day behind him (5 REC, 85 YDS). It’s tough to get too down on Minnesota’s passing defense, but they very nearly cost their team this game.

Again, the Jets ground game was without their top option for this one in Michael Carter, but they still found a way to make things difficult for Minnesota. Zonovan Knight is New York’s third string running back at this point considering Carter was filling in for Breece Hall, but he got whatever he wanted when he got the football in this game (15 CAR, 90 YDS).

Of course, the Jets were playing from behind for most of this game, which reduced the impact of their ground game. White also picked up New York’s only touchdown of the game on the ground himself, and the final rushing numbers don’t look too bad for New York (24 CAR, 120 YDS, 1 TD). Despite that, this unit did their job for the Vikings when they were called upon.

The Vikings special teams units were called upon more than they were hoping for, but they delivered. Greg Joseph hit all his field goals (2/2 FG, 3/3 XP) and Ryan Wright was busy punting in this one, as his six punts averaged 48.3 yards. The Vikings field goal blocking unit couldn’t faze Greg Zuerlein, who hit five field goals and an extra point, but it was a solid overall day for Minnesota in this department.

You have to give Kevin O’Connell some credit, because he keeps finding ways to win games. This wasn’t his best outing, as this game really shouldn’t have been as competitive as it was, but there’s only so much you can do from the sidelines. There were some questionable decisions along the way, but you can’t harp on the coaching too much when they led their team to a win.

You can’t argue with winning, but this wasn’t the Vikings best outing. They had a chance to kill the Jets early, but let them stick around throughout the game, and very nearly lost as a result. Minnesota will be happy to pick up their tenth win, but they will need to clean up their game if they want to prove they are a legit ten win team.