A trailer for Warhammer 40k Space Marine 2 came out during TGA 2022, giving us a glimpse of the Emperor’s glory.

After it was first announced last year during TGA 2021, Warhammer 40k Space Marine 2 makes another appearance on TGA 2022. Unlike the first trailer, which focused more on the guardsmen and their reactions to the arrival of the Space Marines, this recent trailer focused more on the Space Marines themselves. The trailer shown during TGA 2022 contains pretty much everything we know so far about this game’s setting. Instead of the Orks from the first game, we’re instead against Tyranids. Tyranids, for those not familiar, are an alien race capable of consuming anything and everything. Not only that but they also adapt and evolve to take in the physiological advantages of what they ate.

Going back, the trailer shows a Space Marine using a variety of weapons, from chainswords to bolters to thunder hammers to eradicate the Tyranid menace. It also shows the mobility options the Space Marine has, from its step dash to avoid enemy attacks to the jetpack that allows the Space Marine to jump and hover while shooting. The trailer also shows the variety of locations the game’s events happen. From large cityscapes to underground facilities, and even what seems to be forests. The player will be purging the Tyranid scum from a wide variety of locations. 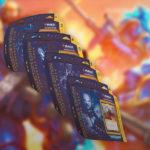 As for who you are using, you take control of Titus once more. Titus, who was the protagonist from the first game, comes back to serve the Emperor and cleanse the planet of its filth. It’s unknown how he was able to redeem himself after the events of the first game. We know, however, that it’s been 200 years since the first game. We see this from the studs on Titus’s head in the trailer from last year. Each stud represents 100 years of service, and between the events of both games, he has gained two studs. Finding out just what happened between those two years just might be an important part of this game.

Sadly, there is still no exact release date for the game. We do know, however, that it will come out next year, 2023, on PlayStation 5, Xbox Series X|S, and PC. If you can’t wait that long, then you can try out a recent Warhammer 40k game, Darktide. You can check out our review of the game to see if you’ll like it. Otherwise, you can stay updated about gaming news by reading our gaming articles.