6 bold predictions for Warriors with Draymond Green out 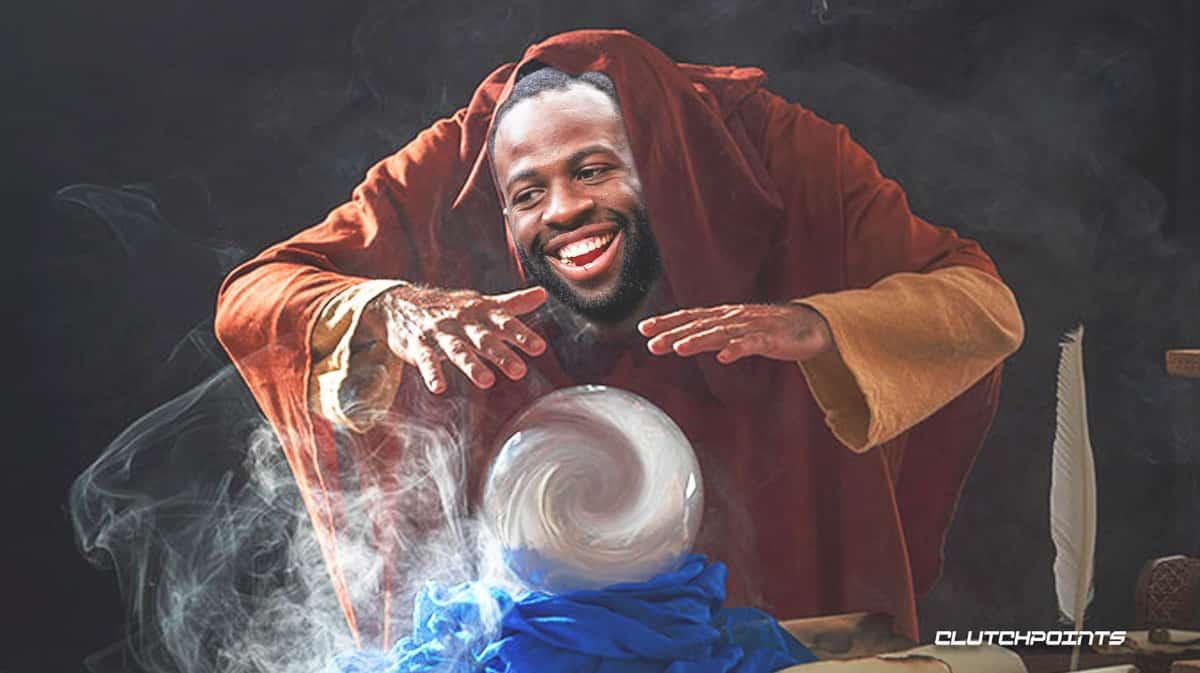 Draymond Green, who has been sidelined for the last 12 games due to a lower back/disc injury, was recently re-examined. This indicated that Green is making steps in a positive direction and the injury is improving. He will be re-evaluated again prior to the All-Star break. pic.twitter.com/QtoXmK4HqB

That said, it’s fair to say that the Warriors’ title hopes this season will depend on the health of Green. If Green isn’t healed by playoff time then that’s a massive loss for the Dubs. While Green’s status long-term hasn’t been determined yet, the Warriors continue to prosper without him — at least for now.

Here are six bold predictions for the Warriors as they continue to survive without Green:

1. The Warriors will continue to grind out and win games

One of the reasons why the Warriors have remained competitive this season is because they have elite role players surrounding their superstars. Unlike last season, these role players actually fit and trust Steve Kerr’s system. It’s evident based on their ball movement, finding the open man, and making the right reads on both sides of the floor. The Warriors have a talented, confident, and gritty roster from top to bottom, and it’s helping them win games without Green thus far.

Great story from Draymond Green on how Steve Kerr got the Warriors to buy into ball movement.

“The ball will always find the guy who’s supposed to get the shot.” pic.twitter.com/7xOh1n2ZF2

2. The Warriors defense will stay sharp

Green has always been the Warriors’ best defensive player but the team will prove that they will remain on top despite his absence. Why? Because the Dubs’ defensive schemes will do just that for them. The Warriors have elite perimeter defense and size at the wing despite not having a rim-protecting “big” that Green covers. Their perimeter and wing defense alone has helped them maintain the best defensive rating (102.9) in the NBA because of their schemes and coverages. If the Warriors can continue to defend at a high level, they’ll continue surviving life without Green.

3. The Warriors will miss Green’s playmaking

Green may not be a scorer but he definitely adds value on offense with his playmaking, IQ, and passing. There’s a reason why he’s always been dubbed as the team’s glue guy. The Warriors will miss Green’s playmaking moving forward especially their shooters who derive open shots because of it. The good news is the Warriors can still survive because their offense has the ability to do so. They have to trust their ball movement a little more and hope that their defense can make up for the loss on offense.

Just a bunch of young guys with the ball movement chops of a veteran team. pic.twitter.com/Ps0pNqBxIl

4. Stephen Curry and Klay Thompson will lead the way

The beauty about the Warriors’ trio is that they’ve always picked each other up. If Thompson is out, Curry picks up the scoring load. If Curry is out, Thompson and the rest of the gritty young core find ways to be competitive. While nobody can really replace what Green does on the court, Curry and Thompson can at least find ways to make up for it in their own ways. Maybe it’s by shooting more threes, locking up players on defense, and leading their roster every night. Whatever it is, this is something the Warriors’ superstars have been used to after all these years.

5. The Warriors will remain at least top three in the West

Despite Green’s absence, the Dubs will remain on top of the Western Conference because they’ve built enough margin for error by winning all those games early in the season. Thanks to their hot start, the Dubs don’t have to play catch-up now. They’re also lucky that the Western Conference isn’t as competitive as it once was. Yes, the Phoenix Suns remain on top but the teams currently below them, specifically the Utah Jazz, Memphis Grizzlies, Dallas Mavericks, Denver Nuggets, and even the struggling Los Angeles Lakers don’t seem to have a chance to catch up to the Warriors.

6. The Warriors will miss Green if he won’t play in the Playoffs

The postseason is when Green will be missed the most if ever his back injury continues to linger. Because this is when IQ, style of player, adjustments, and experience plays a huge factor in the team’s success. The Playoffs offer a different ball game compared to the regular season, and this is when veteran talent is heavily relied on. Hopefully, Green recovers and gets back to 100 percent before the Playoffs because, without him, the Warriors won’t be able to survive.