When the Golden State Warriors selected Moses Moody with the No. 14 overall pick in the 2021 NBA Draft, it was Kendrick Perkins who took the spotlight and went viral–and for hilarious reasons.

Perkins, however, has an explanation on why he botched it. According to the 36-year-old, as he was waiting for the youngster to be called, he kept on repeating his name. Unfortunately, by the time the Warriors drafted him, he got confused if it was Moody Moses or Moses Moody.

Kendrick Perkins is probably not alone in this problem, and for what it’s worth, his hilarious accident may have helped people remember Moses Moody’s name even better. 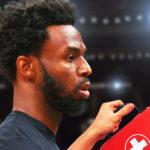 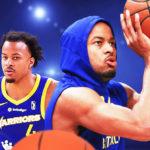 For what it’s worth, though, it doesn’t seem the Warriors will have any problem remembering Moody. After all, the shooting guard has already developed some rapport with the players like Draymond Green, Stephen Curry and Klay Thompson.

In fact, Green–who advocated for the Warriors to draft Moody–even sent a text message to his fellow Klutch Sport client after he was taken by Golden State.