The Chicago White Sox received a devastating injury blow on Tuesday. All-Star shortstop Tim Anderson, who was already serving a suspension, was diagnosed with a torn ligament in his hand, per MLB insider Russell Dorsey. He is expected to miss 4-6 weeks. This injury comes at an unfortunate time, as the White Sox are trying to make a postseason run.

Tim Anderson has been a crucial piece of the White Sox roster over the past few years. The 29-year old is a consistent force at the plate who seems to always be near the top of the league in batting average. Anderson is currently slashing .301/.339/.395 with 6 home runs and 13 stolen bases. He was the starting shortstop for the American League All-Star team as well.

He was serving a suspension at the time his injury was announced. Anderson made contact with an umpire last week after arguing a strike-three call he disagreed with.

Despite Tim Anderson’ on-field success, the White Sox have struggled overall. Chicago was projected by many to reach the World Series in 2022. At the very least, almost everyone felt they would cruise to an easy AL Central crown. The Minnesota Twins labored last year and the Cleveland Guardians were trending in the wrong direction.

But at the time of this article’s publication, both Minnesota and Cleveland are in front of Chicago in the standings. So the White Sox will undeniably miss Tim Anderson as they try to win the AL Central. Chicago is hopeful he can return for the final stretch of the season in September. 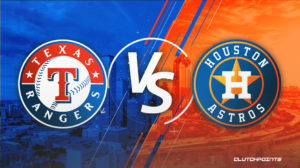