Why The NBA Will Always Love The Golden State Warriors

Are the Golden State Warriors good for basketball?

It wasn’t until game 15 of the NBA Finals that Golden State Warriors finally succumbed. Portland Trail Blazers, Utah Jazz and Houston Rockets were all brushed aside in the preceding post-season matches, swept each time. The sigh of relief from Cleveland resonated around the globe as the Cavaliers won at the fourth time of asking. No-one wants a drubbing in the final. Or failing that, a whitewash.

Along the way to the title, the Warriors set a few records. Their win percentage at .941 was the best in postseason history. That’s their next target? 16 – 0 – perfection. Right now, no-one would bet against that happening. For the first time in NBA history, a team had a perfect post-season home record; 9 – 0.

What next for the NBA? How do other franchises combat this dominance? Do they even have to? As of June 28, the Golden State Warriors are -228 favorites for the 2017-18 season according to Betway Sports. The procession is already being prepared. 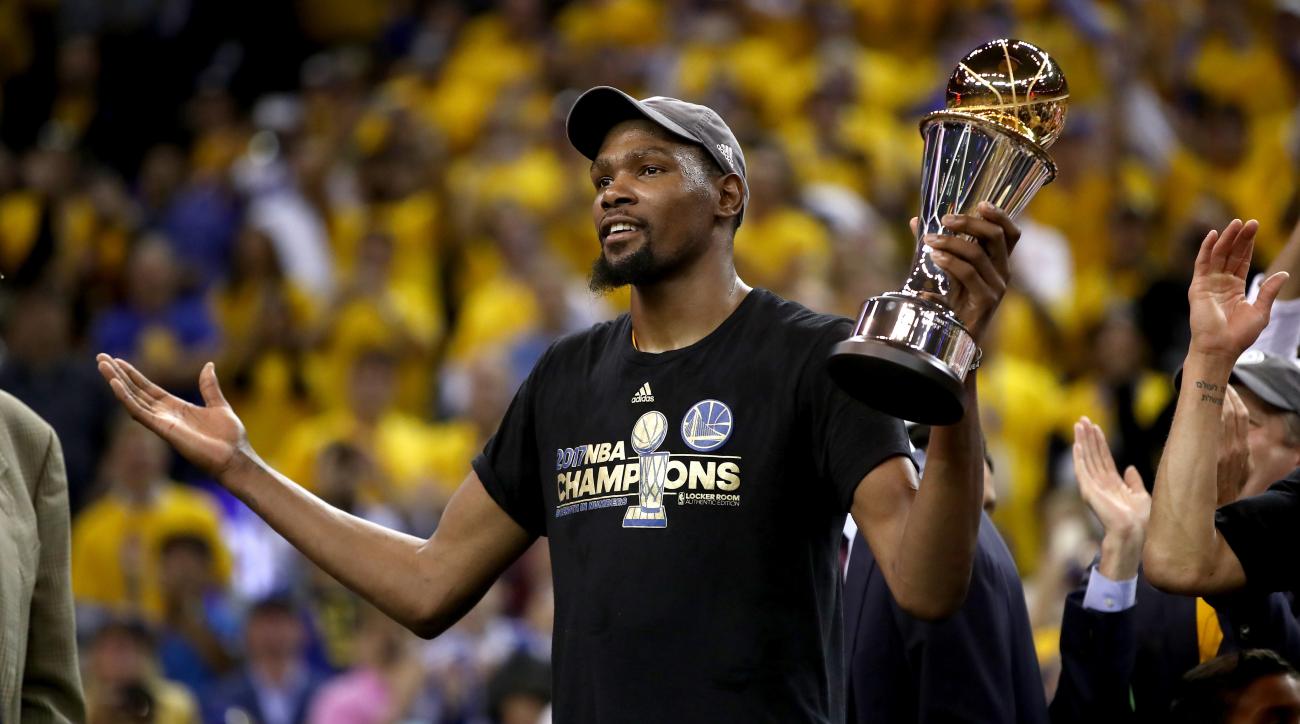 It was also familiar ground. Going into game 4, the Cavs trailed by 0 – 3. The same as the year before; could history repeat itself. It certainly seemed that way when the series score went to 1 – 3 but the Warriors regrouped and this time, refused to cow down to their opponents. 4 – 1 was a fair reflection of the gap on this occasion; the best team of the season won and make no mistake, will want to do so again next time around.

For the NBA marketing team, the Warriors are a god-send. Not that it was slacking in any way but this is now the opportunity to rake in some extra broadcasting revenues. Everyone knows the name of the dominant pro-basketball team at the moment. Not just in the back yards and schoolyards in the length and breadth of the USA but also in Europe and beyond.

According to Forbes in May 2017, the sport is booming with 11 billionaires among the franchise owners and more queueing up. That there are no sellers right now underlines that the revenue growth has yet to peak. Despite this, the NFL and MLB are roughly double the size of the NBA but a successful franchise is worth its weight in gold.

Marketing the sport is easy when there is a focal point. Previously, it’s been players driving success. Jordan, O’Neal, Johnson; the Lakers and the Bulls are known globally because of the individuals in the first instance. And Space Jam; never forget Space Jam. 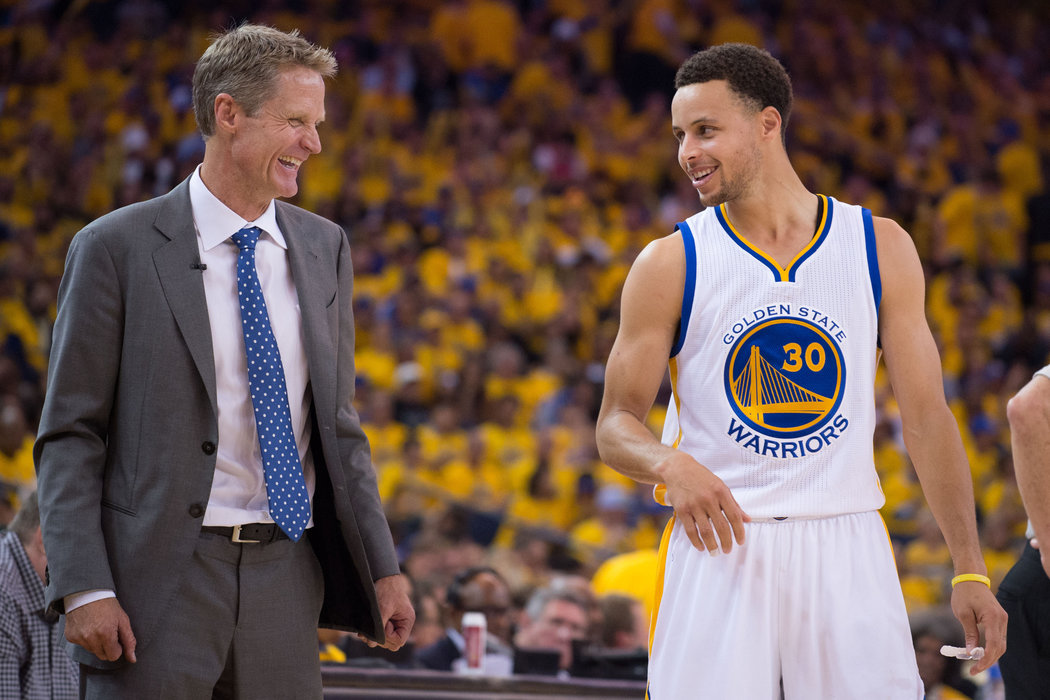 Cartoons have proven remarkably effective for the NBA. The first introduction to the pro-game many baby boomers had was the Harlem Globetrotters. Not even the real thing but the cartoon series which was introduced in the UK as part of Saturday morning TV, as well as Scooby Doo.

You might rightly argue that the Globetrotters bear little resemblance to the NBA but as pioneers in spreading the gospel of the hoop, they were invaluable. A minority sport around the globe began to be taught in British schools in the 1970s on a regular basis. The door was open and the advent of cable / satellite television, the NBA waited a short while before barging through.

Future Tense But Not A Tense Future

And that keeps the money men happy. What makes them happier is the aspirations a successful franchise imbues in their peers and rivals. They want to be the ones to take the crown, to usurp the dominant force.

To do so, attracting the best requires investment. Money for wages; money for facilities, both in the shape of arenas and training; money to invest in scouting and analytics, ensuring that the drafts are used effectively in team-building.

There is also the knowledge that success isn’t permanent. A dominant franchise won’t see other owners rush for the door; patience is a virtue to milk the cash cow whilst they are at the top of the sport and then be ready to replace them when fall from grace inevitably arrives.

Patience is also needed to create a legacy. The Warriors are constructing a new home, one which will ensure that the current wave of glory isn’t forgotten or wasted. Other owners will look at this, as well as the LA Rams new stadium in the NFL and take on board what can be achieved. 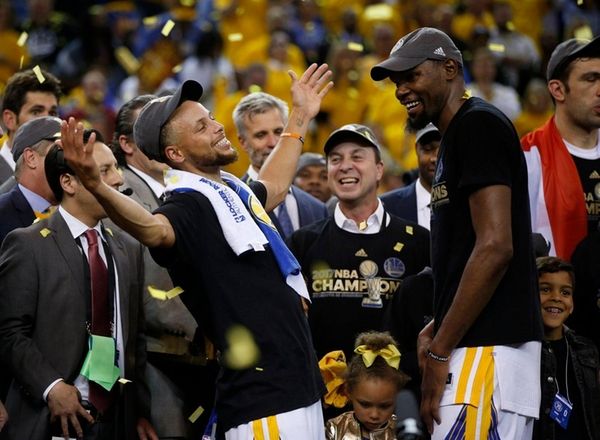 While there’s no doubt that the NBA will be here long after the Warriors reign ends – just as it was with the Lakers, Bulls, Knicks and Celtics before – more revenues opens the possibility of more franchises, of overseas games. The world becomes and is their oyster.

The NBA Comics & Cartoons: Collected from fifty of the best cartoonists.

JUST IN: Stephen Jackson blasts DeMarre Carroll: Why are you even talking
Related TopicsKevin DurantWarriors

George Kittle expected to return for Week 3 vs. Giants

Heinz Field still feels like home, according to T.J. Watt