When discussing Judge’s home run record chase, McGwire stated that he believes that Judge would break Maris’ record this season, which isn’t exactly bold. But what is bold is that McGwire also predicts that Judge will be able to surpass Bonds’ number in the future, and he thinks that his desire to achieve that historic feat could influence which team he signs with in free agency this offseason.

“He’s definitely going to break Maris’ Yankee record, but I truly believe he’ll break Barry’s record, too. I think he’ll finish with at least 65 home runs this year, and then position himself to hit, get to 73 to 74 in the next five to eight years. I really believe he’ll have that opportunity. He’s going to get close to it, and say, ‘Where can I bunch in nine more homers?’ God willing that he stays healthy, he’s going to do that, too.’’ – Mark McGwire said, via USA Today

This is a flaming hot take from McGwire here. While Judge’s 55 home runs so far this season are obviously a very large total, he hasn’t ever seriously threatened Bonds’ record of 73 this season. Considering he’s already 30 years old, and may be in the thick of his prime currently, could this be as close as he gets to breaking the record?

McGwire certainly doesn’t think so, but only time will tell. Judge has torched the MLB all season long, and maybe he will be able to put together an even more dominant home run hitting season in the future. 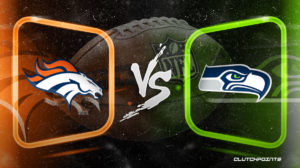