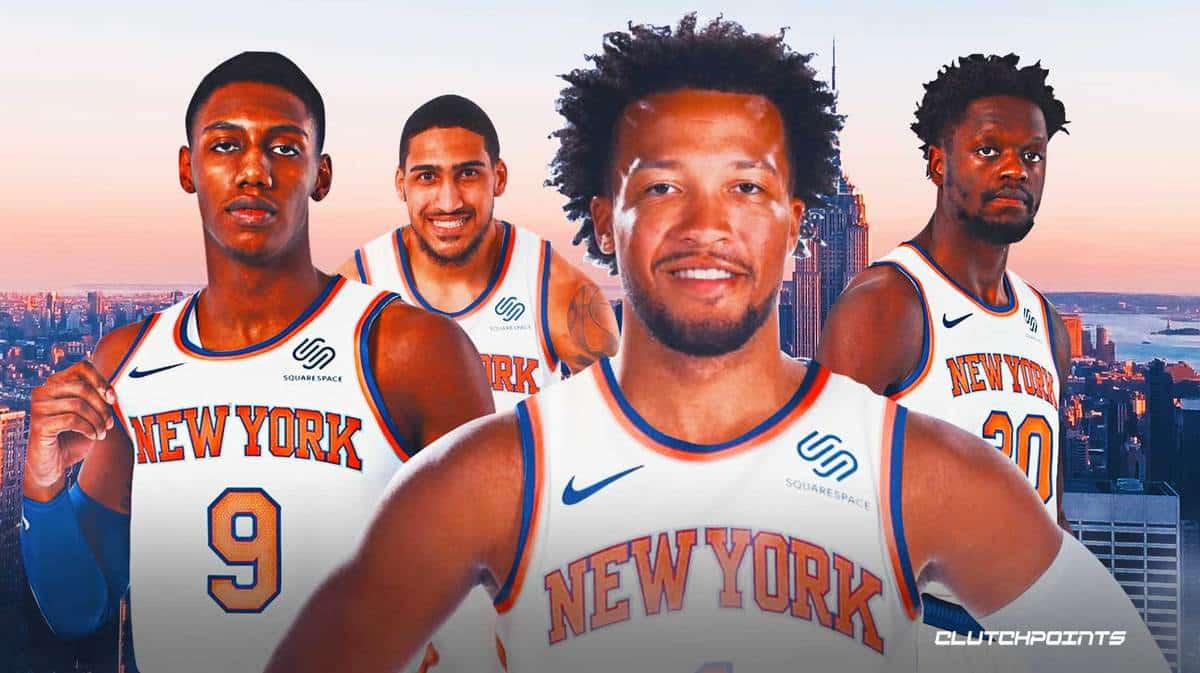 The New York Knicks dropped the ball on a Donovan Mitchell trade, leaving an entire fanbase frankly disappointed. But, this team still has some intriguing pieces that should help propel them to a bounce-back campaign in the 2022-23 NBA season. They signed Jalen Brunson to a massive deal, extended RJ Barrett, and there is hope Julius Randle can respond and replicate his MIP season after struggling in 2021-22.

Here is 1 Knicks player who will shock the world in the upcoming campaign.

Knicks fans aren’t pleased with Randle. Even when he won Most Improved Player of the Year, the former Laker stunk it up in the playoffs as NY was bounced in the first round by the Atlanta Hawks. Then last season, Randle failed to live up to expectations. His numbers plummeted across the board, posting averages of 20.1 points, 9.9 rebounds, and 5.1 assists. Not bad by any means, but his points were substantially lower, and most notably, the shooting percentages. The Knicks forward shot just 41% from the field and 30% from three-point range.

To be honest, Randle’s shot selection was very poor last season. He forced a lot of looks and just didn’t seem to be the same player as 2021-22. But, there should be optimism that he will be a lot different this time around. First, Randle has been putting in absolute work in the summer. He’s looking a lot more fit and lean, evident by this picture:

this the man y’all hating on? pic.twitter.com/QtH2A41sai

Randle was already an imposing figure. His build is clearly a lot stronger right now, which should fire up Knicks supporters. He’s taking all the criticism from last season and using it as motivation to show up and show out. Plus, the trade rumors were ongoing in the offseason. You better believe Randle took notice. We know he’s the type of player that wears his heart on his sleeve. When New York fans booed him, Randle didn’t react in a kind way to it. They expected him to do exactly what he did in 2020-21 and when it didn’t happen, Randle just couldn’t handle the negative energy.

Not only will he come back more mature which is going to help his play, but the ex-first-rounder also has a better roster around him. The arrival of Jalen Brunson will absolutely make New York more of a force, especially with a bigger role that he didn’t have in Dallas. RJ Barrett is also fresh off his best NBA season yet and just inked a new deal.

Whether it was on or off the floor, Randle was dramatic last year. He’s smart enough to learn from his mistakes and realize that 2022-23 is a make-or-break year for him. Will he be an All-Star? That remains to be seen. But, Randle has all the ability to have his way on both ends of the floor and be the focal point of the Knicks again.

One thing is for sure though. If Julius Randle does struggle, you can get consider him good as gone. New York isn’t a place where a guy with a $100+ million contract can’t play up to par. The Knicks will move him. That being said, there is every chance he proves to be one of the best power forwards in the league. He’s strong, athletic, and can shoot it well. It’s just a matter of being smarter with his decisions.

This will be Julius Randle’s revenge season.