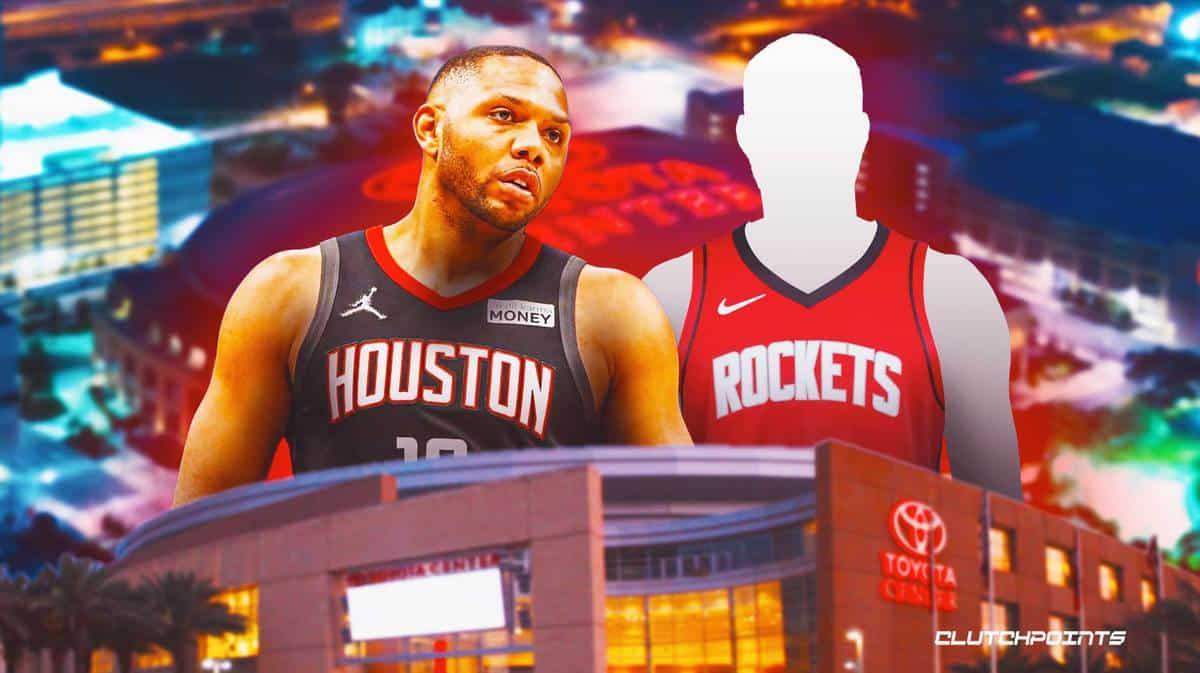 Eric Gordon is a glaring anomaly at 33 years old, but that doesn’t mean he isn’t valuable. The veteran is currently listed as a starting guard/forward for the rebuilding Houston Rockets alongside stud Jalen Green. Gordon especially excels when it comes to making the game simpler for his younger colleagues and providing a great influence for them to learn from.

Entering the 2022-23 season, the Rockets aspire to be a stronger defensive team, and all indicators point to Gordon cementing his starting. He can be a classic 3-and-D wing for this squad. Recall that he started 46 of 57 games played last season.

Before moving forward, let’s rewind a bit to the 2022 pre-Draft summer. A lot of people expected the Rockets to land Paolo Banchero in the NBA Draft, who would have surely started at PF for Houston.

Of course, we all know what transpired. The former Duke player was unexpectedly drafted first overall by the Orlando Magic, which eventually sent Auburn’s Jabari Smith Jr. to the Rockets. Smith is not the shot creator or passer that Banchero is, but the former is a stronger defender and shooter. That definitely creates new demands for the Rockets as they try to flesh out their starting lineup and rotation.

With those in mind, here is the Houston Rockets player who might lose his starting center job during training camp.

In a recent interview from summer league with Adam Spolane of SportsRadio 610, Silas appears to hint at Jae’Sean Tate being the fifth starter, rather than Eric Gordon.

“If you’re going to be a good defensive team, a rebounding team, you have to have size,” Silas said. “And then also having Alpi (Sengun) out there, and whoever else, whether it is Eric or JT (Tate). Our team fits together really well, with Jabari’s shooting. Then, having Alpi out there, especially with JT … it doesn’t allow the opposing team to play the five on JT, which was an issue for us.”

If you read between the lines, Silas hints at how Smith’s greater shooting range looks to provide the Rockets with additional choices in the frontcourt. That might assist Tate, who, as Silas said, is less likely to be guarded by centers when paired with Sengun. The floor spacing difficulties, in comparison to a Sengun-Gordon duo, may have trumped that aspect with Banchero, but not with Smith.

Houston’s emphasis on defense and rebounding might also aid Tate. Gordon is a decent defender of course, but he is not a terrific rebounder. In fact, he average only 2 rebounds in 29.3 minutes last season. Tate, on the other hand, averaged 5.4 boards per game in 26.4 minutes with the Rockets.

Jae’Sean Tate on if any #Rockets have stood out in summer workouts:

“I think Jalen [Green] has gotten a lot stronger. I think Josh [Christopher], and his learning the game… just learning when to be aggressive.”

Tate on his personal points of emphasis: “Shooting and corner 3s.” pic.twitter.com/v0PsHUPy4j

It’s far from certain, of course. Silas and the Rockets could also easily return to Gordon. That’s if his value as a floor spacer during training camp surpasses any productivity Tate provides in this combination. However, this sure looks like a competition to watch for Rockets fans. Tate will enter camp as the prime candidate to take Gordon’s spot.

And then Tari Eason is another option who can also enter the picture.

When the Rockets selected forward Tari Eason in the middle of the first round this year, they felt like they won the jackpot.

How Eason fell so far is still a mystery to many draft observers. It also appears that many others will keep close tabs on him as we all watch his career unfold.

Eason was one of the Summer League’s greatest players, and he shows no signs of slowing down. Take note that the Rockets may also be truly in a bind with K.J. Martin; therefore, their main contenders for the three are Tate, Gordon, and Eason. As the season develops, fans shouldn’t get too surprised if the minutes begin to shift in Eason’s favor.

The Rockets need youth here, but good play will always take precedence. Experience counts too, of course, especially to temper and guide such a young core. Gordon offers a ton of value, but it’s clear that Jae’Sean Tate and maybe even Tari Eason hold the future of this role.