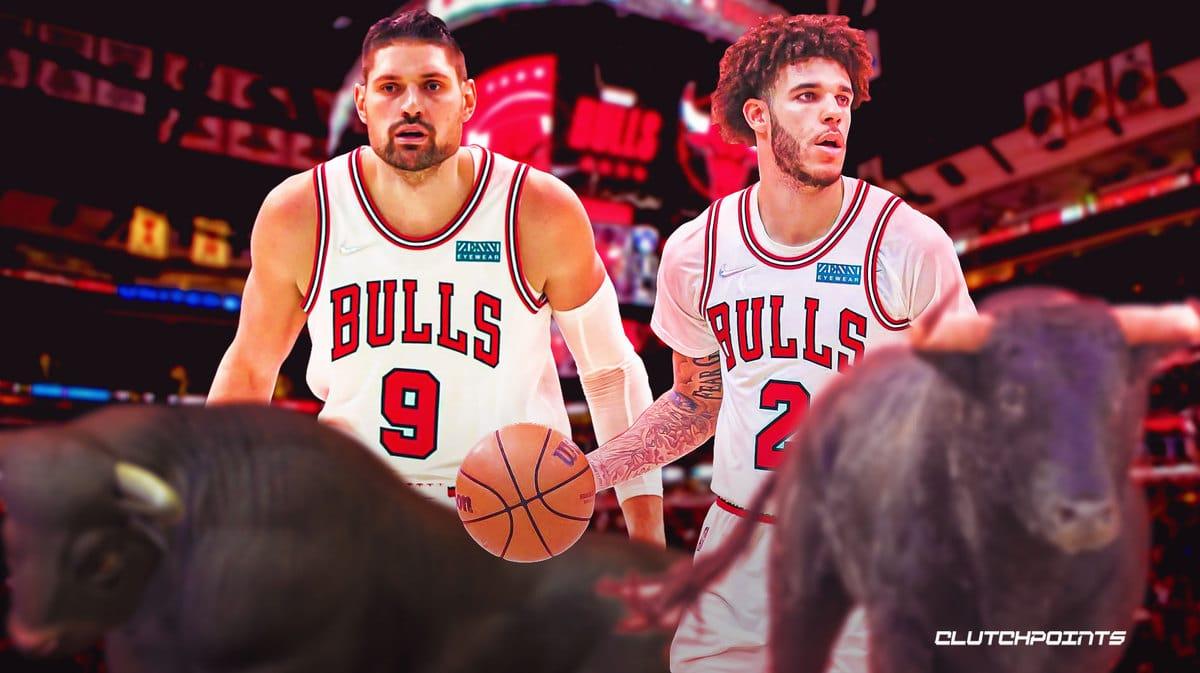 The Chicago Bulls are feeling good about their team heading into the 2022-23 season. After a strong start to the 2021-22 season, they largely fell apart due to injuries down the stretch of the season. But with a clean bill of health heading into the upcoming season, there’s hope in Chicago that the Bulls can put together a complete season and be a top competitor in the Eastern Conference.

The Bulls were largely successful on the back of a resurgent season from DeMar DeRozan. They have a strong cast of stars alongside him in Zach LaVine and Nikola Vucevic, but their key rotation pieces, such as Lonzo Ball, Alex Caruso, and Patrick Williams, missed far too much time with injuries last season for them to make a deep run in the playoffs.

That could be set to change this season, even in the ultra competitive Eastern Conference. But it’s clear the Bulls have some questions heading into training camp that are going to need to be answered in order for that to happen. Let’s take a look at two such questions and see why they could have a major impact on Chicago this upcoming season.

2. When will Lonzo Ball make his return to the court for the Bulls?

One of the biggest losses for the Bulls last season was losing Ball in January to a left knee injury. Ball had a strong start to the season in which he was the primary conductor of Chicago’s offense, and was able to space the floor alongside the Bulls various scorers. Ball wasn’t the primary offensive threat for the Bulls, but it didn’t matter; his impact on the team was being made.

Ball ultimately never returned to the Bulls last season, and will now miss the start of the season after getting surgery to clean up his bothersome left knee issue. That’s obviously less than ideal for the Bulls, as Ball had become a crucial piece of their gameplan on both sides of the ball. Without him, they weren’t the same team last year.

When Ball will return remains to be seen. His return date has been getting pushed back for months now, and the longer he’s off the court, the worse off the Bulls are. Until he returns, Chicago will likely have to turn to either Goran Dragic or Caruso at point guard. Neither player is bad, but they don’t have the upside that Ball has on the court.

Until Ball returns, the Bulls upside for the upcoming season is going to be fairly limited. Ball’s ability to make a positive impact on both sides of the ball for the Bulls is crucial to their success, and while Dragic and Caruso would be fine holdovers for the time being, they don’t have the ability to make the same impact for Chicago that Ball can. As a result, the Bulls and their fans will be anxiously awaiting the return of Ball in hopes he can stabilize their rotation this season.

1. Will Nikola Vucevic be able to recover after a poor first season with the Bulls?

The Bulls were hoping that Vucevic would be able to make a big impact with them after acquiring him from the Orlando Magic at the 2021 NBA trade deadline, but he simply has not been able to fit in with his new team since joining. Vucevic put together a disappointing 2021-22 campaign for the Bulls, and it’s clear the question of whether or not he can return to his old form this season will play a big role in Chicago’s season.

Vucevic’s scoring dropped drastically last season, largely due to his sudden inability to hit three point shots. After shooting a clean 40 percent during the 2020-21 season, Vucevic shot just 31.4 percent from behind the arc last season, which is a pretty steep drop. Given that he went from a barren Orlando Magic team to a deep Bulls squad, his scoring drop isn’t totally surprising, but his lack of efficiency is.

If the Bulls want to accomplish anything this season, they are going to need Vucevic to be much more effective than he was last season. Finding his three point shot is key, but getting him some more shots closer to the hoop, where he was extremely efficient last season, is going to be crucial.

Chicago has the talent in DeRozan and LaVine that Vucevic doesn’t have to be their leading scorer every night, but it’s clear he wasn’t at his best last season. The Bulls are going to be hoping Vucevic can find his way back to his prior form this season, otherwise, it could be another lost year for the Bulls if he can’t.