The New England Patriots are a team to keep an eye on for the 2022-23 NFL season. It’s time to look at FanDuel’s 2022 NFL over under win total odds, including the Patriots’ over/under win total prediction.

We are living in a world where the Patriots are not the most dominant team in the NFL. In fact, the Pats aren’t even the favorite to win the AFC East Division. Do you think Bill Belichick cares? Not one bit. He will prepare his team as he always does and they are going to be a threat to anyone they face. The defense has always been elite under Belichick and it will have to be with offensive juggernauts like the Buffalo Bills and Miami Dolphins in the division.

Mac Jones is coming into his sophomore campaign after a successful rookie year that finished (10-7). He will be tasked with leading the offense that doesn’t have a ton of eye-opening names. It will be a group effort to get the ball rolling and the team will likely rely on their defense once again to lead them to the promise land.

Why The Patriots Will Win Nine Games

Patriots fans are looking at these odds like … what did the Pats do to you, FanDuel? After winning 10 games last year, the Patriots are 8.5 on their over-under win total coming into this season. That seems a bit odd as the roster improved over the offseason. The team brought in a few defensive players along with receiver DeVante Parker. Jabrill Peppers signed with the Patriots this past offseason and while he isn’t a top safety in the league, he should still bring value to the secondary. The defense also traded for linebacker Mack Wilson from the Cleveland Browns.

You don’t see trades happen often in the division. However, the Patriots were keen on bringing in Parker from the Dolphins and it made sense after the ‘Fins traded for star receiver Tyreek Hill from the Kansas City Chiefs. The receiver room got a lot better for both teams and for the Patriots specifically, they now have depth for Jones. Parker (if healthy) will likely start alongside Jakobi Meyers and Kendrick Bourne. Nelson Agholor rounds out a solid core four of wideouts who will make the task easier for their franchise QB. The running back room surprised a lot of people last year and they should keep that pace this season.

Isaiah Wynn, David Andrews, and Trent Brown are all elite offensive linemen who should keep Jones from getting sacked often. The team is praising rookie lineman Cole Strange out of Chattanooga who seems to be fitting in well in NE. On the other side of the trenches, Mathew Judon and Deatrich Wise Jr. should make some noise with Lawrence Guy plugging the gaps. There is talent everywhere on the field and we all know that the Patriots have proven to win games.

This is going to be a reason for all the teams in the AFC. There are no two ways about it, the conference is stacked outside of a few teams. The Pats will be tasked with playing two tough divisional opponents and it always starts from there. The Dolphins are looking to improve from last year and have a well-balanced team. The Bills are everyone’s pick to win the division this year and seem to be the favorite to win the whole damn thing as well. Those four games could hurt them if they don’t at least split.

The first four games of the season are not easy for them as they are on the road for three of the four. They travel to Miami and Pittsburgh for the first two games. They then host the Baltimore Ravens followed by a trip to Green Bay to take on Aaron Rodgers and the Packers. The next four weeks get easier but if the Patriots don’t get off to a good start, they might not make it to nine wins. The last seven games are tough once again as they play the Minnesota Vikings, Bills, Arizona Cardinals, Las Vegas Raiders, Cincinnati Bengals, and then the Dolphins and Bills to end the season. That is a stretch of games where they could end up on the wrong side of the result if they aren’t at their best.

The defense lost Jason McCourty to retirement and Kyle Van Noy to the Los Angeles Chargers so those two losses will be tough to deal with.

The Patriots will not be a team to take lightly this year and should win a majority of their games. I believe the team improved over the offseason and will win at least nine games in 2022. 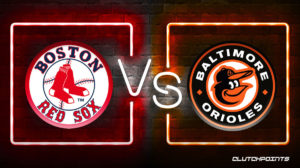