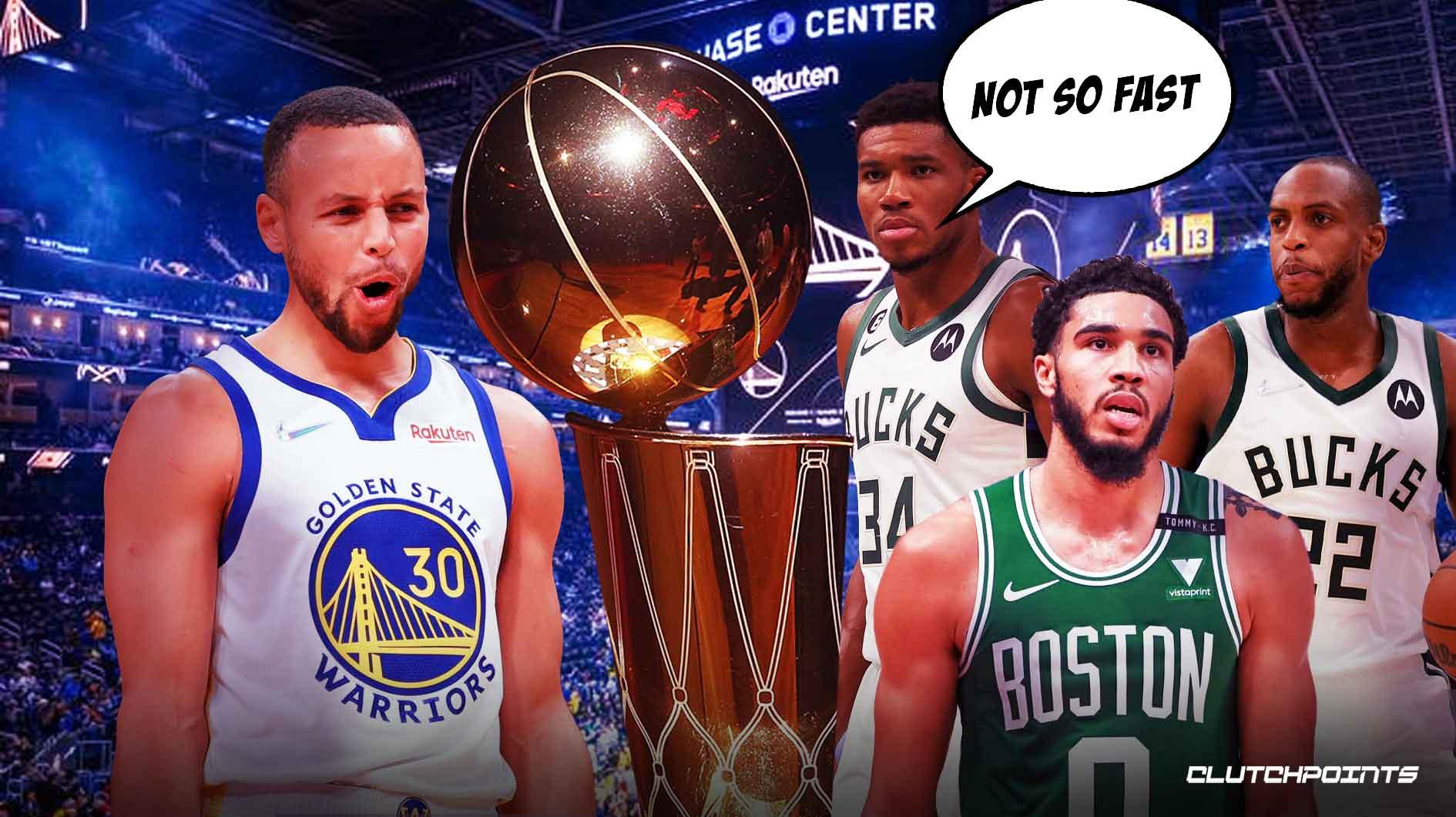 The 2022-23 NBA season kicks off Tuesday night and there is no better time than to showcase the 2023 NBA Finals odds brought to you by FanDuel.

The Golden State Warriors defeated the Boston Celtics in the 2022 Finals last June in six games. Steph Curry, Klay Thompson, and Draymond Green all won their fourth title as they stormed back from down two games to one. GS won the last three games of the series as their offense was too much to handle for the Celtics.

Both squads improved their roster and certainly had a lot of drama during the offseason. For the Warriors, Draymond Green and Jordan Poole got into a scuffle that led to Green punching Poole directly in the fade. After some time off, Green makes his return to the lineup where the Warriors will be looking to repeat as champions once again.

The Celtics had different drama concerns during the offseason. Head Coach Ime Udoka was suspended from the team for an entire season for breaking team rules. As many basketball fans are now aware, Udoka was caught cheating on his girlfriend, Nia Long, with a female member of the Celtics staff. As a result, Joe Mazzulla takes over and will coach The Green for the entire season.

The drama is coming to an end and the season is now upon us. The Milwaukee Bucks enter the season as the favorites to take home the crown for the second time in three seasons. Boston was the favorite all summer long, but when Robert Williams had surgery on his knee, the Bucks jumped them to claim the top odds.

The Bucks contain an MVP candidate for years to come in Giannis Antetokounmpo. Giannis is known as the Greek Freak for a reason as he is a unicorn on the court. His ability to take over a game is rare to see and because of it, FanDuel is giving the Bucks the upper hand.

The Bucks are coming off of a Game 7 loss to the Celtics in the Eastern Conference Semi-Finals. Without Kris Middleton, the Bucks showed they are still a championship contender and should prove that again this season as he returns to the team.

The Celtics traded for Malcolm Brogdon during the offseason while signing Danilo Gallinari and Blake Griffin. Gallinari tore his ACL while playing for Italy during the offseason and will likely not play this season. However, there is still hope that he might return if the Celtics make another deep run. Griffin signed with the Celtics a few weeks back as they were in need of another veteran big man. With Williams hurt and Gallo out, Griffin should see some early-season action. This team is still a threat with Jayson Tatum and Jaylon Brown leading the way.

The Warriors and Clippers are tied heading into the season. Both of these squads should dominate not only the division, but the entire Western Conference. We all know what the Warriors can do and they should be one of the top seeds heading into the playoffs next spring. As for LA, the Clippers are getting Kawhi Leonard back to pair up with Paul George. The team also signed John Wall to a two-year deal as they expect to be one of the toughest teams in the NBA.

The Nets will finally get to see Ben Simmons. With him paring next to Kevin Durant and Kyrie Irving, the Nets are still one of the scariest teams in the league. Don’t be shocked if they put it together early in the year and ride it out.

There is a lot to look forward to for this NBA season. Be sure to check out all that FanDuel has to offer as the season tips off Tuesday night!