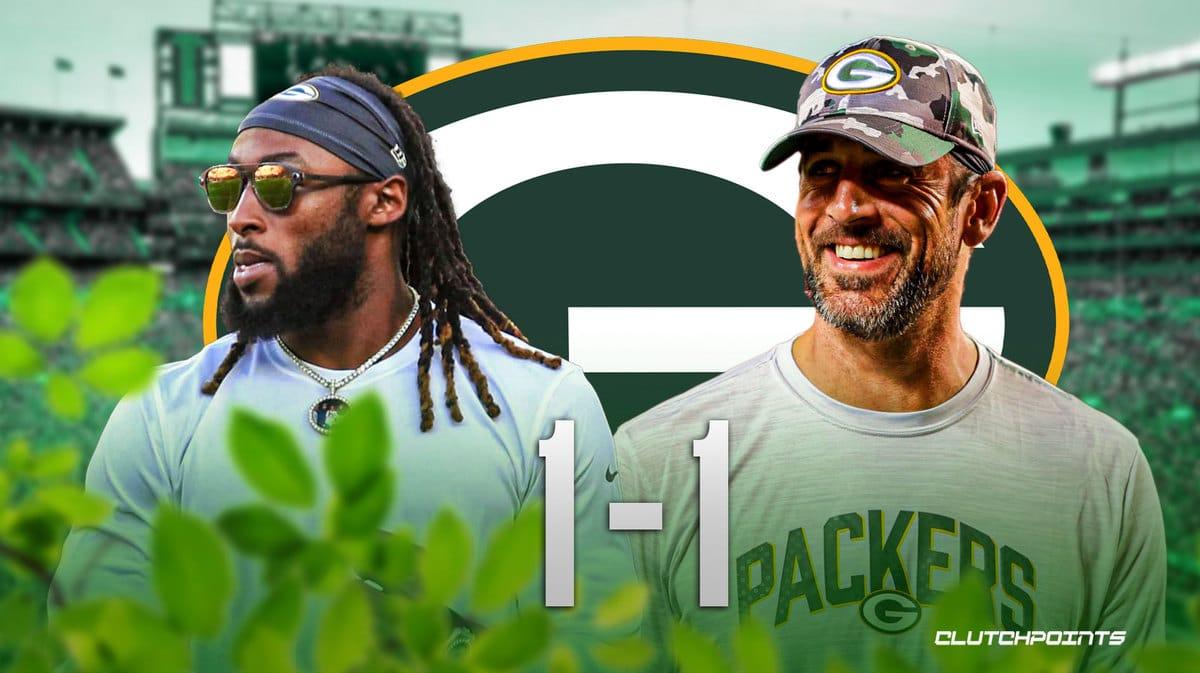 After a Sunday full of interesting outcomes, shocking upsets, and more than a few broken television sets, the final weekend game of Week 2 of the NFL season came down to a rivalry as old as time, or at least as old as 1921: the Green Bay Packers versus the Chicago Bears.

Aaron Rodgers would be able to check in on the franchise he “owns” as they traveled to Wisconsin for the first time since December of 2021, and fans would get to see how the 39-year-old QB would fare on his home field without his franchise wide receiver and much of his hair from the year prior. Would the Packers drop to 0-2 and send Title Town into a full-on panic? Or would Matt LeFlaur and company learn from their mistakes and field a much more impressive product in Week 2 than in their stunner of a loss to the Minnesota Vikings?

Fortunately, all it took was some home cooking to right the ship, as the Packers pulled out a commanding win over Justin Fields and company pretty much from the opening kick. The team never trailed again following the 14:54 mark in the second quarter and finished out the game with 27 points, which marks a season-high for the still-young campaign.

Final numbers from the first win of the season!

3. The offensive line is still a problem

While the Packers’ offense looked much-improved in Week 2 versus the season debut, one unfortunate holdover from the game versus Minnesota was Green Bay’s makeshift offensive line’s ability to stop the pass rush. With David Bakhtiari still out with a knee injury, the Packers had to use Yosh Nijman at left tackle once more and watch on as Rodgers was sacked three times, twice by defensive end Trevis Gipson and a third time by Robert Quinn.

Now granted, that is one fewer sack surrendered than in Week 1, which is an improvement, but it’s still not ideal to see Rodgers dragged down to the field on multiple occasions, especially when Gipson dragged a holding Elgton Jenkins the whole way to a sack.

2. Jaire Alexander made an impact

After Week 1, Jaire Alexander complained about how he was being used. After signing the richest contract of any cornerback in NFL history, Alexander didn’t like watching Justin Jefferson being covered by linebackers as the Packers were tormented by the third-year wide receiver, and expressed his desire to play on-ball man coverage against the best wide receivers the NFL has to offer.

In Week 2, Alexander probably played a little more zone coverage than he would have liked, but still found a way to make an impact, as he flew across the field on an outside pass by Justin Fields, and picked off the Ohio State product to effectively ice out the game. As Alexander becomes more and more comfortable in Joe Barry’s scheme, even more big plays should come.

1. Aaron Jones made his presence known

In Week 1, Aaron Jones had just five carries. Granted, he made the most of his five carries, picking up 49 yards for his efforts, but after signing a four-year, $48 million contract back in 2021, that was a poor allocation of resources.

Fortunately, Jones was a featured player in Week 2, and the Packers were better off because of it. Though Jones was still out-carried by AJ Dillon, he ran the ball 15 times for 132 yards and a touchdown, and that number could have been higher, too, had Rodgers handed off a jet sweep for a touchdown instead of tossing it to the UTEP product. Jones is by far one of the Packers’ top-11 offensive players, and he needs to be used as such.

Aaron Jones takes it in for his SECOND touchdown of the night ❗️pic.twitter.com/NUsGCIWmQ3