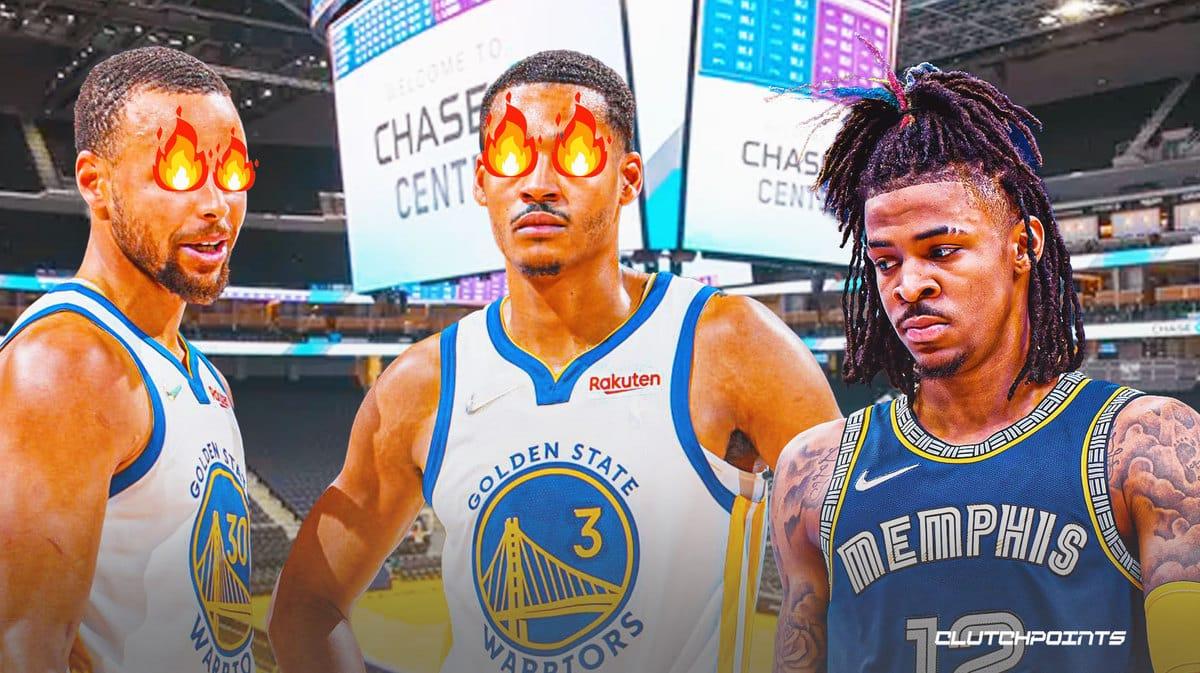 In the second round of the NBA playoffs, Ja Morant and the Memphis Grizzlies will face Stephen Curry and the Golden State Warriors. The matchup of a new team on the rise and a former contender looking to reestablish its dominance will begin Sunday.

The Grizzlies are hungry for more postseason glory to show they truly belong. They took down the Minnesota Timberwolves in six games. The Warriors made quicker work of the Denver Nuggets, whom they beat in five games.

The Warriors should be able to dispatch the Grizzlies in six games or less. Golden State has the talent and the experience that Memphis doesn’t, and it should be enough to advance to the Western Conference Finals.

1. The Warriors’ defense is too good

The Grizzlies will have a much tougher time scoring against Golden State than they did against Minnesota.

Draymond Green leads a very smart unit than can defend against anything the Grizzlies throw at them. He made Nikola Jokic, one of the MVP finalists, work for every bucket. Against a Memphis team that doesn’t have any big men as intimidating as Jokic, he can roam back and quarterback the defense to be even better. His quickness and instincts will be very helpful against Morant’s drives.

The Grizzlies’ offense benefits heavily from second-chance points and frequently running in transition. Those pillars don’t fly too well in the NBA playoffs, especially against a Warriors team that guards transition offense very well. If the Grizzlies can’t find the bottom of the net for long stretches, they won’t find their way past Golden State.

2. Stephen Curry, Jordan Poole and Klay Thompson are too much to handle

The Grizzlies will have to work their tails off gearing the Warriors’ three dangerous scorers: Curry, Jordan Poole and Klay Thompson.

Golden State is leaning more into playing the three-headed monster of perimeter shooting more. Having all three of them will stretch the Grizzlies’ defense too thinly for Memphis to keep up. There were moments where Morant couldn’t hold his own on defense against Minnesota. The Warriors have too many good scorers for this to happen.

With the Warriors’ offense back at full strength behind their multitude of shot creators, they should be able to outscore the Grizzlies’ offense, whose only reliable shot creator so far has been Morant.

3. The Warriors are battle-tested

Memphis is a strong team, but the Timberwolves team they defeated is a far cry from the Warriors. Golden State has experience winning titles and is reinvigorated with new players to keep them going. The Dubs have been here before and therefore aren’t as susceptible to the mistakes that the Timberwolves made.

The Grizzlies were able to come back several times against the Wolves but will have no such luxury against the Warriors. Golden State has too much firepower to allow multiple come-from-behind wins to their opponent, especially one whose half-court offense isn’t very good.

If the Grizzlies are going to pull out a win against the Warriors, it will be because they owned the glass and kept pace with all the shooters they have. They have impressive size and can go to lineups that match up well with the Warriors’ small-ball lineups.

However, the Warriors have a game plan that can handle the young, upstart Grizzlies. In what should be a fun and close series in the second round of the NBA playoffs, the Warriors will be the ones walking away on top.