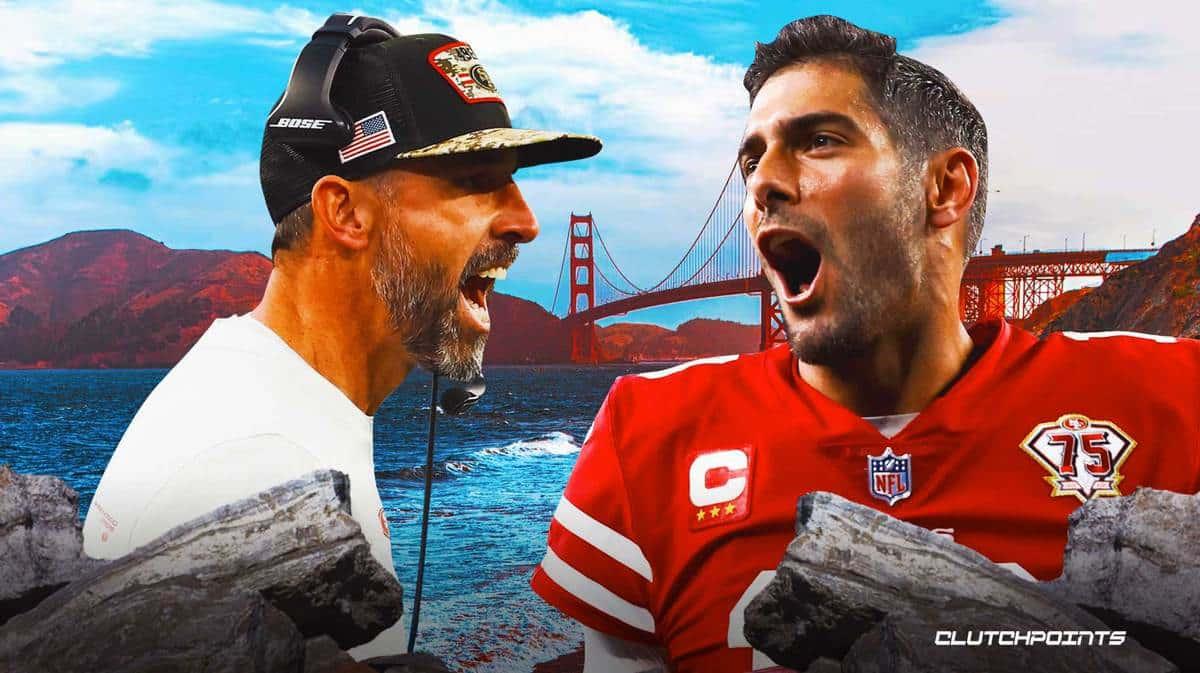 After securing his first win as the San Francisco 49ers’ starting quarterback all the way back in January, Jimmy Garoppolo controversially stated that he felt freer on the field than he had in years, dating all the way back to 2017.

When asked to corroborate these comments on Thursday by NBC Sports Bay Area, Garoppolo actually doubled down on his sentiment.

“I’d love that,” Garoppolo said Thursday. “Yeah, there’s a lot of things that go with that obviously, but yeah, I love doing that stuff. In ’17, there was a freedom where me, the receivers, tight ends, we had a good chemistry going. And when you get that with offensive skills and a quarterback, it makes for a tough offense.”

Weird, right? Well, Kyle Shanahan wasn’t so excited to read the remarks, let alone to be asked about them during his Friday media availability, as his words clearly show.

“You’d have to ask him what he meant by that,” Shanahan told reporters. “There was no difference in that game than every game, so you can ask him on that. It was probably just going in when the game plan is for someone else and just coming off and winging it and going with it. That’s what I would guess, but it sounds like that’s a question for him.”

Later in the media session, another reporter asked a version of the very same question, this time prefacing it as a question of whether he was surprised that Jimmy G was so outspoken about his offensive preferences with the 49ers.

“No, I really don’t know the quote that he said,” Shanahan said. “I’m with Jimmy a lot, so nothing really surprises me. I get to talk to him every day. I hear your huge interpretations of that quote and you guys just said it. I can’t interpret it. I interpret it with my relationship with him every day, so just go ask him what he meant by it.”

Jimmy Garoppolo gets brutally honest on future with 49ers

Goodness, at that point, asking about Garoppolo probably should have been taken off the table, but fortunately for everyone but Shanahan, some brave soul did so anyway and was met with an answer he probably didn’t expect.

“I’m not going to waste my time with that, but you can,” Shanahan said. “I got some real stuff to do.”

And that, football fans, is where the questioning ended, according to NBC Sports Bay Area. The moral of the story? Don’t ask the 49ers coach the same question three times and expect a different answer.