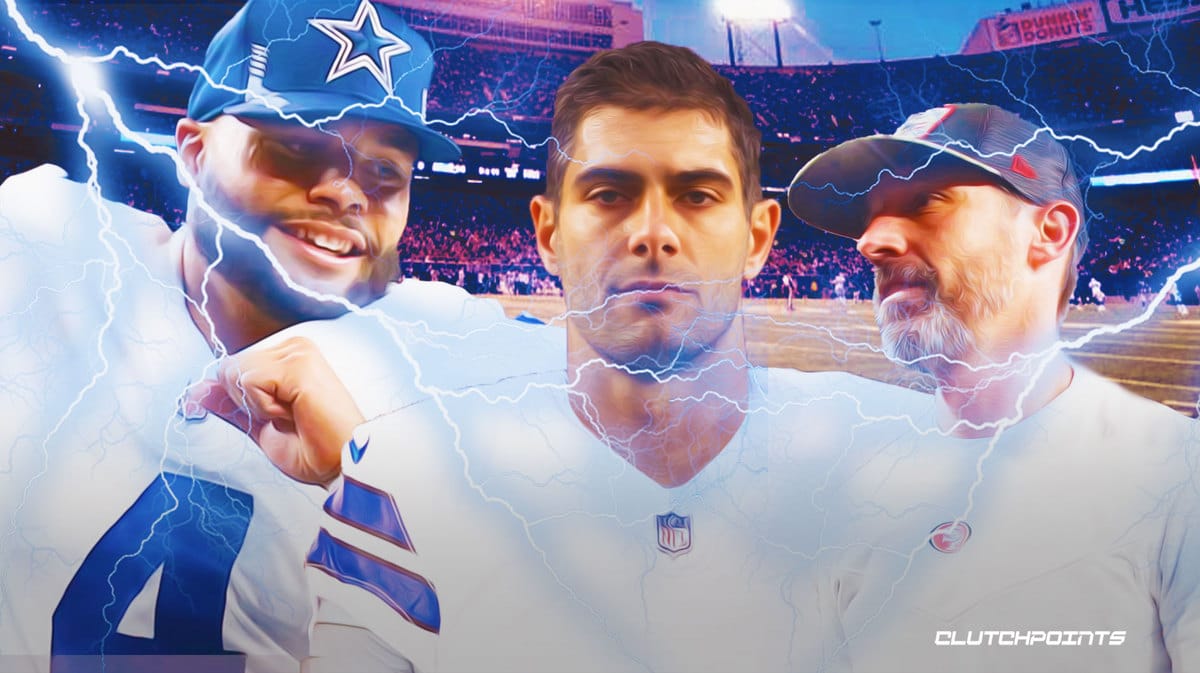 Jimmy Garoppolo to the Dallas Cowboys? Don’t count it out just yet. The Cowboys, who sustained a devastating blow in the form of a hand injury to starting quarterback Dak Prescott, are now in need of some help at the position. Could America’s Team, who has expressed more of an interest in their internal replacement options, want Garoppolo? Perhaps more importantly, would the San Francisco 49ers even be open to doing such a trade shortly after re-signing the veteran quarterback? Kyle Shanahan addressed the subject on Monday, giving a surprising answer, per Jon Machota of The Athletic.

49ers coach Kyle Shanahan was asked if Dak Prescott’s injury opens up the possibility of trade talks with the Cowboys for Jimmy Garoppolo: “Just like all players, we’ll listen to anybody on anything. That never changes for any player or coach. We’ll always listen to anybody.”

Shanahan was asked if the Dak Prescott injury would open up any possibility of trade talks with the Cowboys on Jimmy Garoppolo. Shanahan said that the 49ers would “listen to anybody on anything.”

He added that that “never changes for any player or coach.” There is an element of coach-speak to these comments from Shanahan.

The 49ers head coach isn’t in the business of every saying never to anything. However, it’s pretty surprising-and significant- that he is seemingly not ruling out a Jimmy Garoppolo trade just a couple of weeks after saying he felt “so fortunate” that other teams failed to acquire him in a trade.

It’s especially interesting given 49ers starter Trey Lance’s struggles in the Week 1 loss to the Chicago Bears. There’s no telling what the 49ers are going to do. Same with the Cowboys, who could be true to their word and like what they have in Cooper Rush, rather than an external option.

But it’s at least interesting that a 49ers-Jimmy Garoppolo trade is seemingly on the table once again.