The San Francisco 49ers’ offense is clicking on all cylinders in the first of their NFC West matchup with the Los Angeles Rams. Coming off an abysmal week, it appears quarterback Jimmy Garoppolo is seemingly starting to find his rhythm.

Garoppolo found wide receiver Brandon Aiyuk in the end zone to secure the hat trick and a 21-6 lead at the half, via NFL Twitter:

Fans are certainly happy to see Jimmy Garoppolo bounce back from a disastrous outing in Week 5 that saw him complete just 7-of-17 passes for a mere 77 yards and two interceptions before being benched in favor of backup C.J. Beathard. However, it seems a combination of his return from an ankle injury and a poor performance from the offensive line may have played a part in his struggles.

Meanwhile, Aiyuk continues to show promise as the potential go-to option in the passing game that the 49ers envisioned him to be when they took him with the 25th overall pick in the 2020 NFL Draft.

Regardless, there is still plenty of time for the Rams to mount a comeback and they have proven more than capable of doing so after overcoming a 25-point deficit to nearly defeating the Buffalo Bills in Week 3. 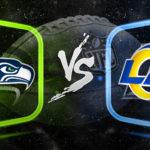 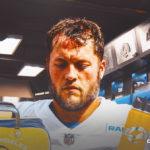 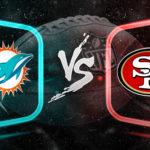