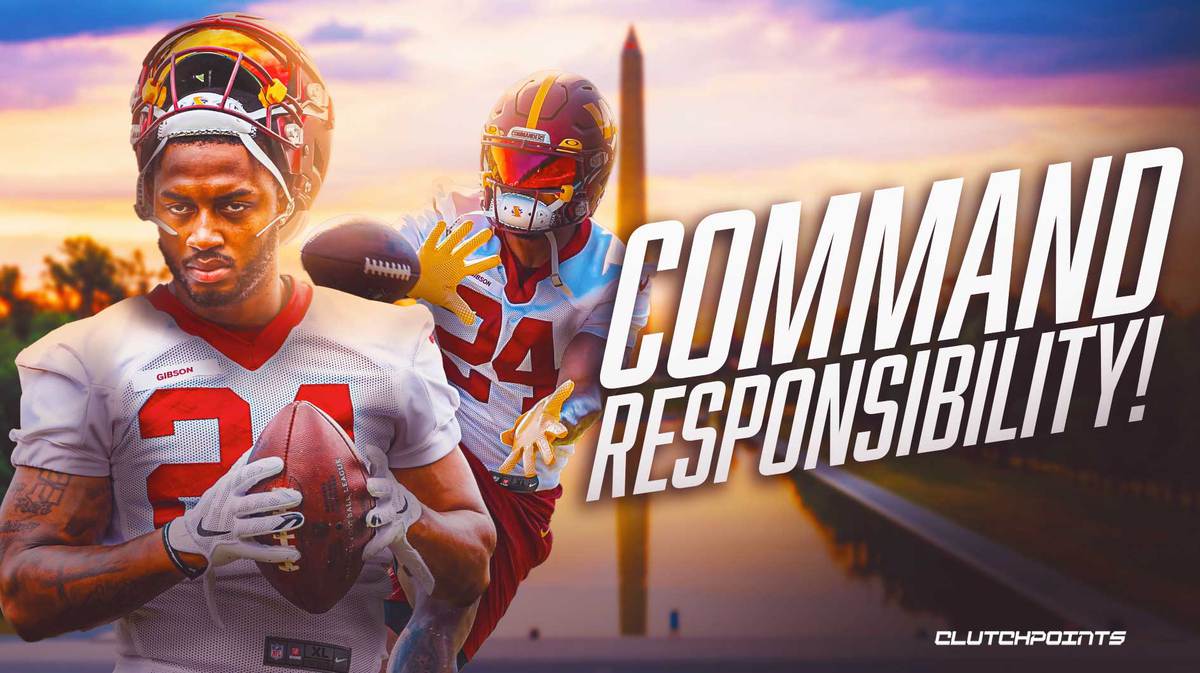 One of the year’s most divisive fantasy football prospects is Antonio Gibson. When discussing the young running back, there are two opposing viewpoints. Some believe he has performed admirably and point to his ranking among the top 12 running backs of last season. Others believe he has fallen short of expectations and won’t be a useful player for fantasy football this year.

The truth probably lies somewhere in the middle. Starting with what experts do know, Gibson is capable of ending as an RB1. He has the skill-set to be that good. His first season, when he ended as the RB13 in PPR formats and almost missed the cut by five points, wasn’t too far off from last year’s overall RB12 ranking.

Additionally, keep in mind that he seldom misses time due to injury. Despite suffering from a fair amount of injuries over his first two seasons in the NFL, Gibson has only missed a total of four games. His availability has been a key positive factor in his performance.

Antonio Gibson had a cumulative 1,331 yards during his second season with the Commanders, scoring 10 times and hauling in 42 passes on just 300 touches. He did, however, miss Week 17 due to COVID-19. Gibson’s 258 runs averaged only 4.0 yards per attempt, with just four of those attempts garnering 20 yards or more.

In seven of his final eight games, the Commanders provided him with a high amount of opportunities (23.4 touches per game). That resulted in 687 yards with five touchdowns and 23 receptions. In Week 12 (29/111 with seven receptions for 35 yards) and Week 18 (21/146/1 with one reception for five yards), he had two games with more than 100 running yards.

Do remember that in the seven weeks that J.D. McKissic was out due to injury, Gibson had three games with more receiving opportunities (7/35, 5/23/1, and 6/39). From Weeks 2 through 11, he had three receptions or fewer. That dynamic vis-a-vis McKissic will be important this coming season.

The coaching staff of the Commanders hinted that they planned to offer Gibson a high-volume opportunity similar to Christian McCaffrey last season. Sadly, he only played in two contests where he received more than 68 percent of the team’s running back snaps. He is the 21st running back taken in the NFFC early draft season according to his ADP of 43.

Gibson came in at number 10 in PPR scoring for running backs in 2021 (233.10). He satisfies the three criteria for being a foundational RB1 in 2022. These are: high volume runner, pass-catcher, and scorer. With a 325-touch season, 1,600 total yards, double-digit TDs, and 50 receptions, Gibson shouldn’t fear being second fiddle to the likes of McKissic or Brian Robinson. Gibson should be positioned inside the top 10 when the rankings are released in July.

QB play will impact Gibson’s production. To that point, pundits believe the Commanders’ quarterback position is really improving this season. Some don’t view Carson Wentz as a very good quarterback, but he is good enough to run an offense better for Washington compared to the previous season. It is difficult to forecast how much volume Gibson will get because he doesn’t appear to check the ball down to his running backs very much. Again, having McKissic may also potentially steal a bit of the opportunities from Gibson.

There's hopes that the passing attack will open up the ground game. Washington's OL led the NFL in run block win rate, but ranked 18th in yards per rush.

Antonio Gibson had it the toughest, he had the 4th most carries last season, but was 35th with his 4.0 yards per carry. pic.twitter.com/qTy2lfkj40

Gibson will probably spend most of his time on the goal line. Still, because Washington has a relatively poor offense, those chances might not come as regularly as fantasy managers would want. In these conditions, if he is to genuinely make a difference for fantasy football, he will need to significantly advance his talent to make up for this below-average environment. Owners must also keep in mind that as Gibson enters his contract year next season, the Commanders could start seeking to move him if he doesn’t make a big leap.

Overall, Gibson appears to be a good fantasy football pick for this season. In non-PPR formats, he will perform better than in 1/2 or full PPR formats. In any case, though, he is expected to perform admirably. He possesses the skills necessary to be an RB1 and has demonstrated that he is capable of doing so. On the other hand, the backfield situation and the uncertainty surrounding his workload lower his ceiling a bit.

Experts view Gibson as a high-end No. 2 back. He should be selected in the third round by those who think he will eventually receive a greater workload and stay healthy. On the flip side, if prospective managers believe the Commanders will implement a running-back-by-committee paradigm in their backfield, they shouldn’t select Gibson prior to Round 4.

He might not have the lofty potential that fantasy managers had dreamed he would. Still, he seems to be one of the more secure picks at RB. Gibson will probably be a reliable, safe RB2 next season.