Portland Trail Blazers star Damian Lillard has been the subject of many trade rumors this offseason. Lillard understands this comes with the territory and has sparked some of this talk with his own actions, but he had to lash out earlier this summer at a report from TrueHoop’s Henry Abbott that claimed he was willing to forego paychecks in order to force a trade.

Abbott had reported a few weeks earlier that Lillard was about to request a trade. That didn’t happen, but then Abbott went deeper with his reporting, resulting in Lillard going at him.

The Blazers star addressed this saga during a recent interview with The Athletic’s Christopher Kamrani when he returned to Weber State to host the school’s Alumni Classic:

“You get to a position where it’s like, ‘Do I defend myself or do I just say nothing.’ For me, when I’m just hearing stuff that’s not the facts, I’m going to say I didn’t say that,” Lillard said. “Some things I’ve just got to let it be said. I know what the truth is. I know where I stand. It’s not my duty to make the public know … it’s not my job to make them aware of what that is.” 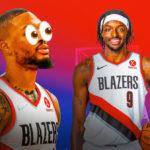 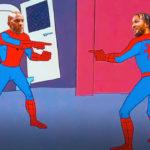 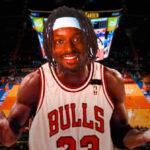 The way the Blazers star tells it, he simply couldn’t let these alleged lies stand. It’s hard to imagine Abbott was just making stuff up, and there was probably some truth in his reporting, but perhaps it was distorted a bit.

Whatever the case, Lillard is going to stand up for himself when he sees fit. As of right now, he hasn’t requested a trade and is prepared to play out this season in Portland. Perhaps he changes his mind if the Blazers stumble, but his goal right now is to bring a championship to the only NBA franchise he has ever known.