The NBA G-League has been a stepping stone for a number of productive NBA players. The Portland Trail Blazers are hoping they could add to that list with the addition of Jaylen Adams.

He’s more than likely to get a fair shake at playing time for the Blazers as well. As Woj mentioned, the team would be without veteran wing player Trevor Ariza for the NBA’s restart. Ariza is in the middle a custody battle and has already indicated that he will prioritize the time for his child. He will miss the full remainder of the season and the playoffs if Blazers make it.

They will also be without their original starting small forward in Rodney Hood. Portland initially traded for Ariza from the Kings to serve as the replacement for Hood, who suffered a torn left Achilles tendon during a game against the Lakers in December. He still remains out for the season.

With the Trail Blazers short on wing players, there may be some opportunities for new signee Jaylen Adams. The G-League All-First team awardee averaged 20.9 points and 5.2 assists per game for the Wisconsin Herd last season and is hoping to make an impact with his second NBA landing spot. He previously played for the Atlanta Hawks last season, scoring 3.2 points and 1.9 assists in just 34 appearances. 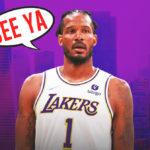 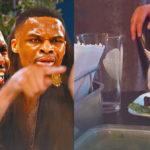 Although Adams is primarily a guard, Portland is no stranger to mixing in three guard lineups to provide a more dynamic offensive attack with multiple ball handlers.

Portland fans will definitely keep a conservative eye on their latest signing.