Tampa Bay Buccaneers cornerback Carlton Davis found himself in hot water on Sunday in a classic case of tweet-and-delete gaffe. The 24-year-old is getting lambasted online for writing an anti-Asian slur before deleting the post after being met with backlash.

Davis who wrote “Gotta stop letting gooks in Miami,” quickly apologized and said he never intended to offend anyone with his tweet. He clarified that it was all a misunderstanding since the word meant lame or wack in his hometown of South Florida.

I would never offend any group of people .You reporters can look for another story to blow up . The term was directed towards a producer claiming he “ran Miami “With that being said I’ll retire that word from my vocabulary giving the hard times our Asian family are enduring ❤️. pic.twitter.com/bJEOjmZuRr

I used a term that from where I come from has always meant “lame”but I did not realize it has a much darker, negative connotation. I have learned a valuable lesson and want to apologize to anyone that was offended by seeing that word because we need to focus on helping each other

During these tough times

The one-time Super Bowl champion added he is an ally of the Asian-American community, particularly at a time when hate crimes against the said minority group have risen to nearly 150 percent in the United States.

Interestingly enough, Davis is a member of the Buccaneers’ social justice board, a group that interacts with community leaders and the police in an effort to build better relationships with the African-American community. He’s also been vocal about social injustices in the past and is a staunch supporter of the Black Lives Matter movement. 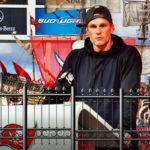 While it’s easy to cast a stone on Davis, it appears the former Auburn standout has realized the significance of choosing words carefully, especially for something with obvious derogatory tones.

Davis isn’t the first athlete in Florida recently to find himself in the wrong spotlight after a controversial remark. Former Miami Heat center Meyers Leonard has recently found himself without an NBA team after saying an anti-Semitic slur during a live broadcast on Twitch.

As of writing, the Buccaneers have yet to release a statement on Carlton Davis’ incident.