Milwaukee Bucks backup guard Pat Connaughton blocked Terry Rozier’s jump shot and was rewarded on the other end via a nifty pass which he finished with a dunk.

In Game 4 of the Eastern Semifinals, Connaughton combined athleticism and perfect timing in blocking Rozier’s 3-point attempt. After the block, Sterling Brown had the presence of mind to quickly dish it out to Connaughton who was out on the break.

Connaughton was the 41st overall pick in the 2015 NBA Draft. After three seasons with the Portland Trail Blazers, he signed with the Bucks and has been one of the team’s key reserve players. 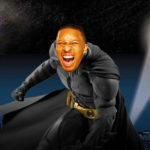 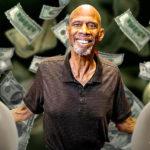 But what’s more interesting about the 6-foot-5 guard out of Notre Dame is that he was a two-sport athlete during his time there. His other sport was baseball where he was a pitcher. He was actually drafted in the fourth round of the 2014 MLB Draft by the Baltimore Orioles.

But evidently, basketball’s pull was stronger than his calling on the mound. In the regular season, he averaged pretty decent numbers: 6.9 points, 4.2 rebounds and 2.0 assists per game across 20.7 minutes. Indeed, it seemed that Connaughton has made the right move of choosing the orange ball.