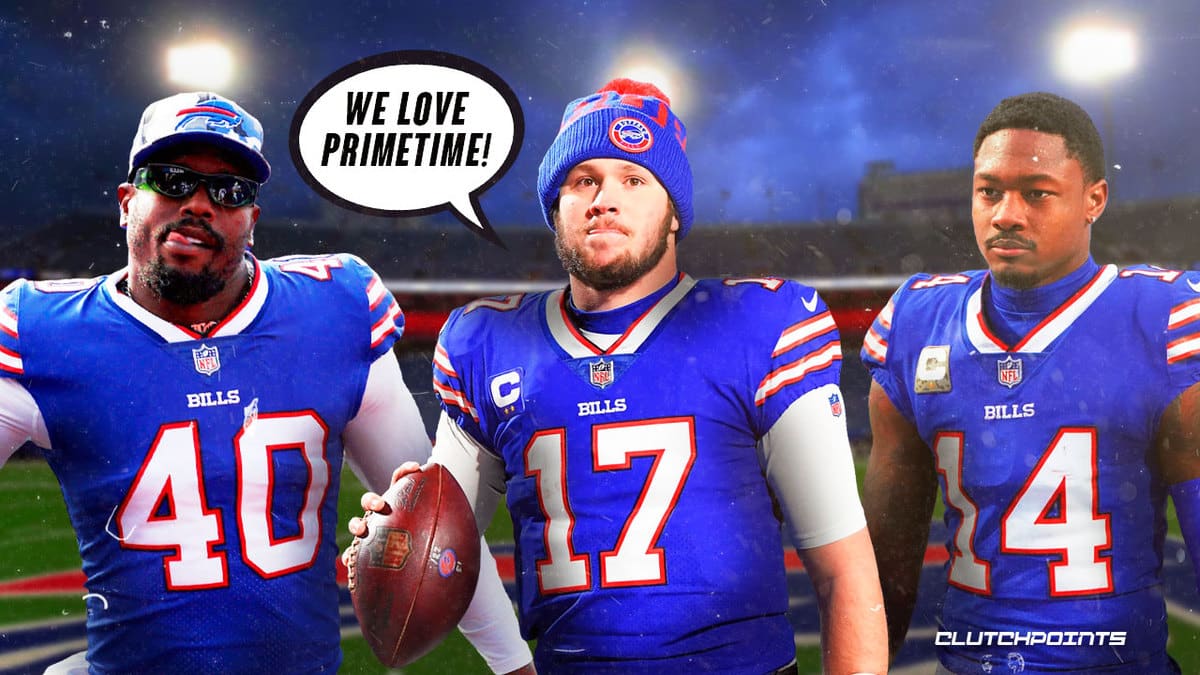 The Buffalo Bills Week 2 game against the Tennessee Titans is the team’s second primetime game in as many weeks. Ahead of this Monday Night Football matchup, we’ll be making some bold Bills Week 2 predictions.

The Bills let the Los Angeles hang around for a half in Week 1, then ripped off 21 unanswered points in the second half to claim a decisive 31-10 victory over the defending Super Bowl champs on Thursday Night Football.

On the Tennessee side of this Bills-Titans matchup, the away team lost its home opener to the New York Giants (and the Bills’ old offensive coordinator, Brian Daboll). Despite this seemingly bad loss, the last two Bills-Titans games have gone the AFC South side’s way.

With that in mind, here are four bold Bills Week 2 predictions.

4. Rookie running back James Cook gets a second chance

Second-round rookie running back out of Georgia, James Cook, didn’t have a great start to his NFL career. The former Bulldog put his first career carry on the ground, the Rams recovered, and that was basically the end of Cook’s night.

There is no easier way to get in a defensive-minded head coach like Sean McDermott’s dog house than fumbling. And to do so on your first NFL carry is bad news.

However, Cook is still a valuable weapon. After McDermott sat him down following the Week 1 fumble, the bold Bills Week 2 prediction is that the coach will give him a second chance in the Bills-Titans game.

If Cook fumbles again in this contest, he could be done for a long time. However, look for him to make amends and have a nice (re)debut game.

3. Josh Allen and Stefon Diggs continue to light the league on fire

Bills superstar QB Josh Allen was a one-man wrecking crew in the second half vs. the Rams on Thursday. He threw two touchdowns and ran for one to vanquish the defending Super Bowl title-holders in their own building.

The last touchdown was a 53-yard strike to Stefon Diggs, who ended the game with an excellent line himself, with eight catches for 122 yards and a touchdown.

New offensive coordinator Ken Dorsey called a great game in Week 1 in his first time at the wheel of the Bills offense. If not for his team’s four first-half turnovers, the Bills might have won by 40. In the Bills’ Week 2 matchup with the Titans, they just might.

Against the LA Rams, a team with no running game that wants to pass all the time, Bills defensive coordinator Leslie Frazier held Matthew Stafford to 29-of-41 for 240 yards passing with three interceptions and seven sacks.

The Bills-Titans matchup will be on the opposite end of the spectrum. Tennessee will want to get superstar RB Derrick Henry going after managing just 89 yards vs. the Giants in Week 1.

Just like Frazier schemed up a great game plan in Week 1, the bold Bills Week 2 prediction is that he’ll do the same this week, and limit Henry to under 100 yards again.

The Bills defensive front is built for speed and rushing the passer. But the unit still has enough depth, talent, and varied skill sets to stop the run as well. And that’s just what they’ll do against the Titans, with a little help from the offense jumping out to a big lead early.

Outside of the Kansas City Chiefs, the Buffalo Bills looked like the best and most complete team in the league last week. There’s no reason to think that’s not going to be the case again on Monday night when the Bills-Titans game concludes.

The bold Bills Week 2 predictions all add up to an easy Buffalo win. It looks like the Titans might not be as strong as the last two seasons, and Josh Allen, Von Miller, and company look better than ever.

With two losses to Mike Vrabel’s squad in the last two seasons, Sean McDermott will want revenge. He won’t be afraid to run up the score (like the Titans did, 42-16, in 2020), and the bills will cruise to a 30-plus-point victory.