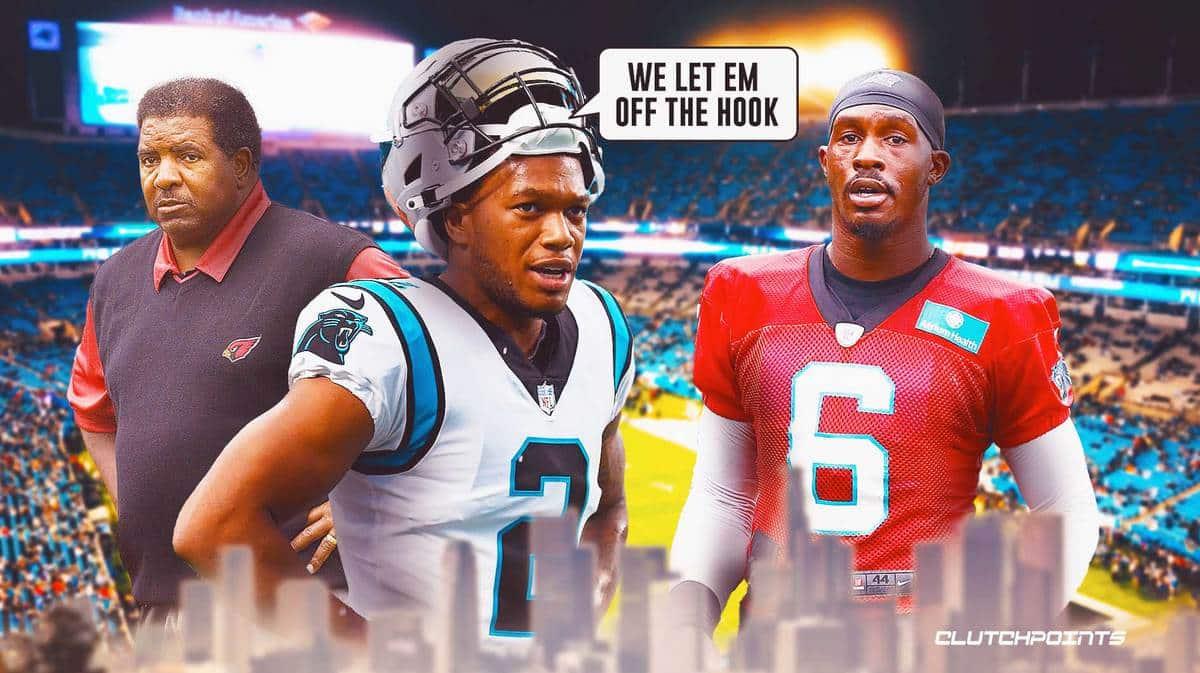 The Carolina Panthers enter their Week 10 matchup with the Atlanta Falcons seeking redemption. Two weeks ago, these teams squared off and gave football fans one of the most incredible finishes of the season. Panthers QB P.J. Walker hit D.J. Moore for what should have been a game-winning 62 yard touchdown with just 12 seconds left.

The touchdown tied the game at 34 a piece. But after the unbelievable play, Moore was so jacked up that he removed his helmet and was subsequently flagged for a personal foul. That pushed the game-winning extra point back to 52 yards, which Panthers kicker Eddy Pineiro missed, forcing overtime. Pineiro would then miss another kick in OT and the Falcons won 37-34.

Had the Panthers won that game, they would have been tied with the Falcons and the Tampa Bay Buccaneers for the NFC South lead. Instead, they fell to 2-6 and were then hammered last week by the Cincinnati Bengals. Somehow, the 2-7 Panthers are still alive in the division though.

If they can get their revenge and beat the Falcons this week, they could be just one game out of first once again. Yes, that’s how bad this division is.

So, let’s get to our 4 Panthers Week 10 predictions against the Falcons.

4. P.J. Walker reminds everyone why he is the Panthers starting QB

The Panthers made the bold move this offseason trading for embattled quarterback Baker Mayfield. Mayfield had previously worn out his welcome in Cleveland, mostly by his play on the field, but also by his actions off of it. It appeared the job in Carolina’s was his to lose. Well, lose it he did.

He played so poorly before his injury, that even when he got back to full strength, the Panthers decided to stick with former XFL quarterback P.J. Walker. Walker struggled his first few starts but got going against the Falcons two weeks ago. He set a career-high with 317 yards passing against a beleaguered Falcons secondary. Even after last week’s disastrous start for Walker, a game in which Mayfield came in and played well, the Panthers decided to go back to Walker this week.

Atlanta was without their best corner A.J. Terrell two weeks ago. Terrell has been ruled out this week as well. Without a true cover corner and a struggling defense, I believe Walker should have another decent day. I don’t think he tops 300 yards again, but would not be surprised to see him go over 250 with two touchdown passes.

3. D’Onta Foreman doesn’t find near the running room this time

In the Week 8 matchup, arguably the game’s best player was Panthers tailback D’Onta Foreman. The former Houston Texans running back rushed for 118 yards on 26 carries, including three touchdowns. That game, the Panthers were without Chuba Hubbard. Hubbard and Foreman had been splitting carries since the Christian McCaffrey trade to the San Francisco 49ers. Hubbard is expected to play this week.

It was a surprising outcome considering the Falcons have actually been really against against the rush this year. They rank eighth in the NFL against the rush, allowing 106.3 yards per game on the ground. Outside of Terrell, they have the rest of the defensive starters ready to go this week.

In that game two weeks ago, the Panthers were without Chuba Hubbard. Hubbard and Foreman had been splitting carries since the Christian McCaffrey trade to the San Francisco 49ers. Hubbard is expected to play this week. That could hinder Foreman’s ability to have any sort of consistency.

Nevertheless, I would expect Atlanta to put eight men in the box and force Walker to beat them through the air. 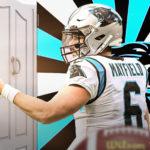 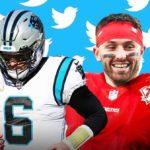 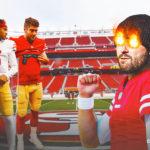 2. Look for D.J. Moore to seek revenge on the Falcons

Since DJ Moore’s rookie season in 2018, Moore posted between 1,157 and 1,193 receiving yards in each season. Yet, this season his production has fallen off a cliff. It would be moronic to assume it has to do with his ability. He’s 25 years old and entering his prime.

Clearly, he got ‘Bakered.’ Baker Mayfield tanked the production of Odell Beckham Jr. and was at it again with Moore. Two weeks ago, he finally bust out with his best game of the year vs. the Falcons. Moore finished with six catches for 152 yards and a touchdown. Granted, 62 of those were on that insane final play of regulation.

But Atlanta still has by far the worst secondary in the NFL, allowing a league-high 300 yards per game. DJ Moore has that dog in him and I expect it to come out this week. Look for another big game.

1. Panthers get revenge and pull off a close win

Neither one of these teams are very good. Last week’s blowout loss to the Bengals was more of a product of being crushed after the Falcons game. This team should be motivated this week and pull out a victory in the awful NFC South division.