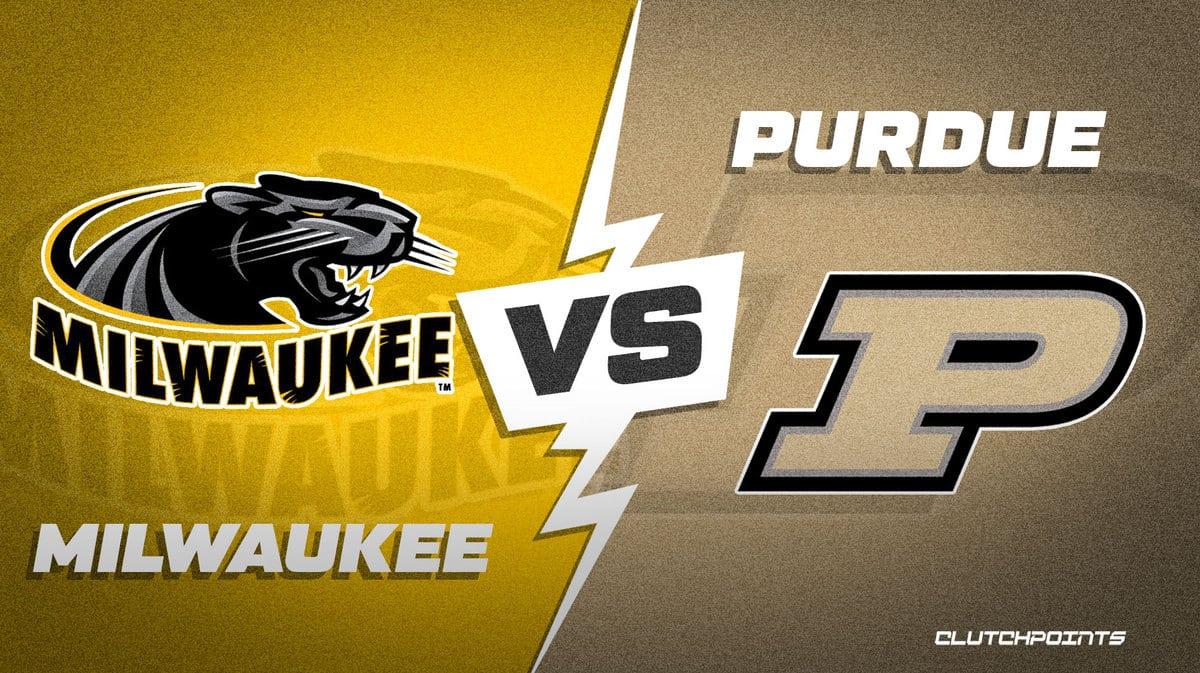 The Milwaukee Panthers take on the Purdue Boilermakers. Check out our college basketball odds series for our Milwaukee Purdue prediction and pick.

The Milwaukee Panthers finished 10-22 last season. They hope to be significantly better this season. They played a game on Monday and defeated a non-Division I opponent, 102-46. Angelo Stuart scored 24 points in the lopsided win which amounted to a scrimmage which actually counts on the team’s win-loss record. This is the first “real” game for this team in the new season. It will be interesting to see if playing that Monday game against a tomato can offers real value for the Panthers by sharpening them up and enabling them to see how they look on the floor. It could also have the effect of giving them a very easy opponent which gives them no genuine preparation for Purdue.

The Purdue Boilermakers are coming off yet another brutal conclusion to a season filled with hope and opportunity. Purdue has not reached the Final Four since 1980. Purdue came extremely close in 2019 but was denied by an incredible shot from Mamadi Diakite of the Virginia Cavaliers, which barely beat the buzzer and forced overtime in the Elite Eight. Virginia was able to defeat Purdue and deny coach Matt Painter an elusive trip to the Final Four. In 2022, Purdue had another really good chance to make the Final Four for the first time in several decades. The Boilermakers were the highest-seeded team in the NCAA East Regional in Philadelphia. More than that, they drew No. 15 seed Saint Peter’s in the Sweet 16. It was all set up for Purdue to finally get the monkey off its back. However, the Boilermakers played tight and nervous basketball. They lost to the Peacocks and watched their dream die.

This season’s Purdue team will not have the two cornerstone players of last season’s team, Jaden Ivey and Trevion Williams. Painter will have to find new solutions with his reworked lineup, and this will be the first test drive for his new player rotation.

Courtesy of FanDuel, here are the Milwaukee-Purdue College Basketball odds.

Why Milwaukee Could Cover the Spread

It’s so early in the season, and having that one game on Monday to test out players and rotations could prove very beneficial for Milwaukee at the beginning of the campaign. It’s certainly a case in which playing games on back-to-back days will not leave players physically drained or leg-weary. Winning a game by 56 points means that Milwaukee did not overextend any of its players and was able to go very deep into its bench. All told, the starters got a relatively light workout and were able to work out some kinks. That’s not a bad thing for a team facing a lot of uncertainties early in the season.

Speaking of uncertainties, that’s what Purdue faces after losing a top-10 NBA draft pick, Jaden Ivey, plus a quality big man, Trevion Williams. Those two players will be very hard to replace, and even if Purdue does round into form later in the season, these early weeks of the new campaign will likely be choppy and uneven. Given the very large point spread attached to this game, Milwaukee has to think it can stay within 20 points, which would be enough to cover.

Why Purdue Could Cover the Spread

Purdue is still a lot bigger, a lot faster, and a lot more physical than Milwaukee is. One possession after the next, Purdue can bully the Panthers and assert their raw, physical dominance. Purdue does not need a complicated game plan for this contest.

The changes in the Purdue lineup and rotation will be felt in a first game. Purdue might become good as the season unfolds, but this team will need time to mesh on the court, and that will enable Milwaukee to cover.