The Nevada Wolf Pack take on the Air Force Falcons. Check out our college football odds series for our Nevada Air Force prediction and pick.

The Nevada Wolf Pack are struggling. They won two early-season games against mediocre competition, beating New Mexico State and Texas State. The Wolf Pack then lost at home to Incarnate Word, an FCS opponent, before losing 27-0 at Iowa. The game at Iowa was delayed twice by weather and did not end until early Sunday morning (after midnight) in Iowa City.

Nevada, in 2021, had a very good quarterback, Carson Strong, and two NFL draft picks as receivers, Romeo Doubs and Cole Turner. Being without all three of those players this year has forced the Wolf Pack to figure out how to replace all of that production and veteran experience. Iowa’s superb defense was easily able to put Nevada to sleep in the wee hours of the morning. Air Force’s defense isn’t as good as Iowa’s, but it is still solid. Nevada will face a considerable challenge in stacking together enough scoring drives to make this game close heading into the fourth quarter.

The Air Force Falcons figure to be very angry and motivated entering this game. They were 17-point favorites last week against Wyoming and let a game slip away versus the Cowboys, 17-14. Air Force took the lead midway through the fourth quarter but allowed a touchdown on Wyoming’s next possession. Air Force was held under 25 points by Wyoming’s defense for the second consecutive season. Air Force had hoped that its offense would attain a better game-to-game standard of performance after a bumpy and inconsistent 2021, but through three weeks in 2022, that has certainly not been the case. Quarterback Haaziq Daniels has not been able to elevate the quality of the Air Force offense under head coach Troy Calhoun. It’s bad enough that Air Force lost any of its games before October, but what’s worse is that the Falcons have already dropped a conference game, reducing their margin for error in the Mountain West’s Mountain Division.

Why Nevada Could Cover the Spread

Nevada can cover the spread because Air Force does not have the passing game, the elite offense, or the Iowa-style shutdown defense to win this game by an especially large margin. Air Force was a 17-point favorite at Wyoming and didn’t even win outright. It’s hard to think Nevada will win outright here, but not hard at all to think the Wolf Pack can keep this game relatively close. If Nevada scores a modest 14 points in this game, Air Force would need to score 38 to cover. Air Force’s offense is not performing well enough to get to 38, so Nevada has a very reasonable chance of covering.

Why Air Force Could Cover the Spread

Nevada didn’t just lose to Iowa, it got shut out, and it didn’t merely get shut out, either. It played a game which was delayed several hours, deep into the morning. By the time Nevada players got home, it wasn’t late at night on Sunday morning in Reno. It was daylight. Nevada lost at least half a day if not more in terms of recovery, film study, and normal day-after game adjustments. Now Nevada is playing Air Force on the road on a short week, with reduced rest. That is a recipe for a pancake-flat performance in which Air Force can pounce on the Wolf Pack and win big. Nevada won’t have a lot of energy left for this game.

The delayed game in Iowa and the very short week for Nevada will take their toll on the Wolf Pack. Air Force wins big. 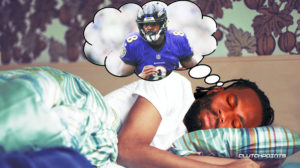