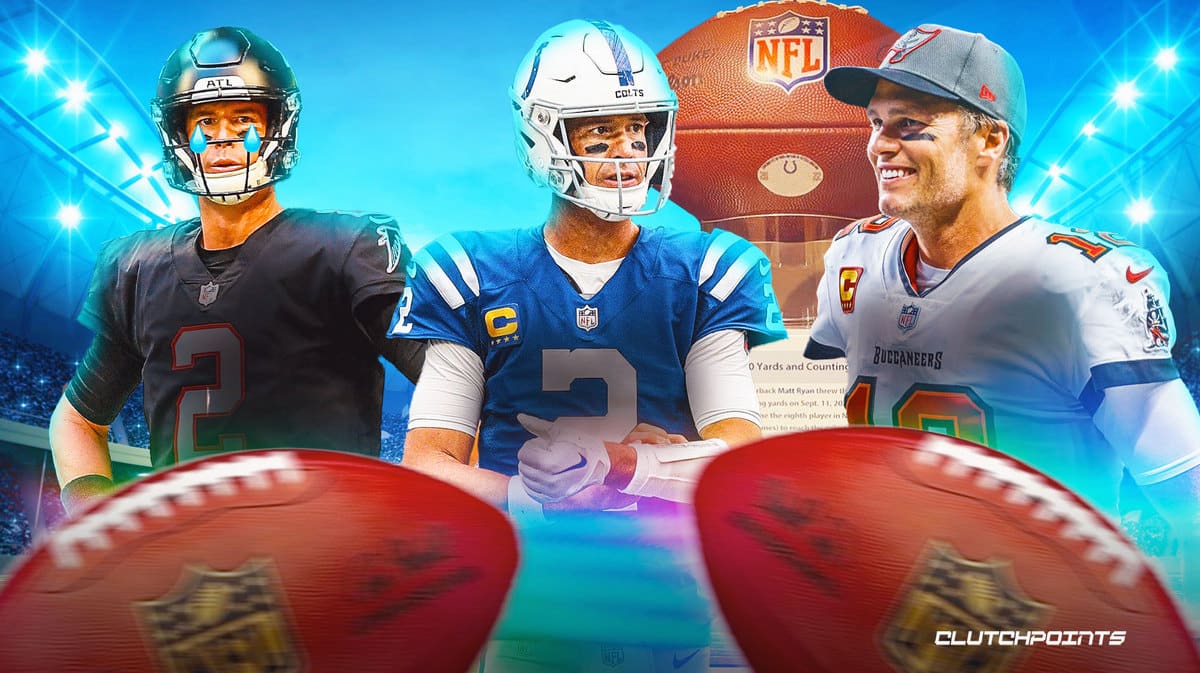 No one can doubt that longtime Atlanta Falcons franchise quarterback Matt Ryan, who has since moved to the Indianapolis Colts, is one of the best quarterbacks the NFL has ever seen. Ever since he was drafted by the Falcons in 2008, Ryan has proven to be one of the most reliable leaders in the league, missing only three games during his fourteen-year stint with the team.

And now, ,Matt Ryan has racked up a milestone that’s a testament to his longevity, racking up a total of 60,087 passing yards for his career after throwing 352 yards during the Colts’ 20-20 tie against the Houston Texans. As such, the Pro Football Hall of Fame recognized Ryan’s accomplishment, displaying the game ball with which he passed the milestone in Canton. But the recognition may end up just reminding Ryan of his biggest career failure.

🗣 New to the Pro Football Hall of Fame

This past weekend, @Colts QB @M_Ryan02 became only the eighth QB in NFL history to reach 60,000 career passing yards.

The ball with which he passed this milestone is now in display in Canton. pic.twitter.com/gZmhdCLk68

The number on the displayed game ball is “283”, an unfortunate reminder for Ryan of the 28-3 comeback he suffered at the hands of Tom Brady and the New England Patriots in Super Bowl LI. Of course, fans on Twitter do not miss a thing, and were quick to make such a delicious irony known to everyone on the internet.

Take note of the number on the ball ….

Five years later, Matt Ryan and the Falcons’ choke during that fateful day remains one of the biggest in sports history. They had plenty of chances to seal the game, but just couldn’t get the job done while Tom Brady and the entire Patriots team was locked in to complete their dominant second-half performance.

Matt Ryan and the Falcons were never the same after this soul-crushing loss, unable to make it back into the playoffs in the years since. The Falcons knew it was time for a change and they traded their longtime quarterback to the Colts during the past offseason for a third-round pick.

Now in his new threads in Indianapolis, Matt Ryan will hope that instead of being a reminder of his career shortcomings, the 60,000 milestone will help him conquer the past demons that have been haunting him since 2017. Ryan and the Colts will look to get their first win of the season against the Jacksonville Jaguars in Week 2.