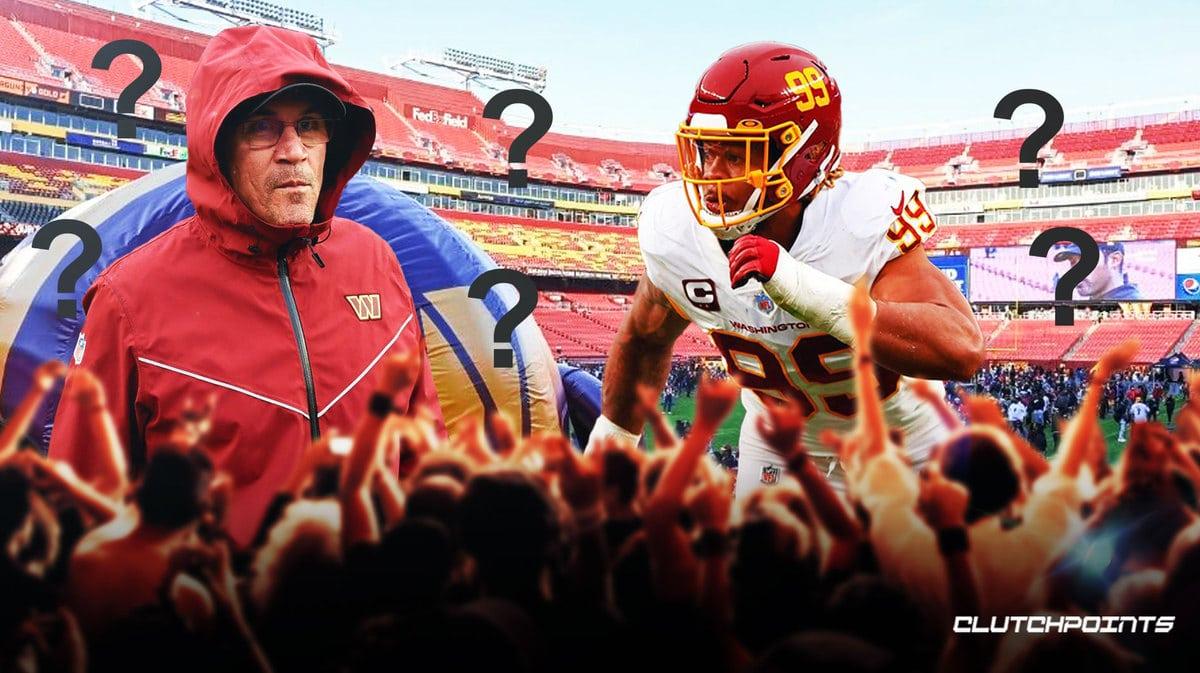 The Washington Commanders are in playoff territory as the final month of the 2022 season approaches. They have a huge matchup this week against the New York Giants, who are also fighting for playoff positioning. The Commanders might have an ace up their sleeve in the form of Chase Young.

Young, who has been recovering an ACL tear since Week 10 of last season, was thought to be ready to be back for the past few weeks but hasn’t played. He was set to make his season debut last week but because of his knee and sudden illness, he was ruled out. According to Ian Rapoport of NFL Network, Young’s status is still uncertain, though the chances that he plays are better.

From @GMFB: Chase Young is the biggest wildcard in the #Commanders season. This could be the week… pic.twitter.com/HKrCOwNDOS

“We think they get Chase Young back. However, we also thought they were getting Chase Young back the previous week and there was a chance that he might have come back the week before that,” Rapoport said. “Chase Young has now emerged as maybe the biggest wild card in the Commanders season…Getting him to trust the injury, make sure he feels as good as he should be, make sure that he is able to do all the things he used to do before the knee injury – these are all paramount right now.”

Young has registered 9.0 sacks and six forced fumbles in 24 career games. Adding him to an already stout defensive front will be crucial as Washington tries to finish the season strongly. Getting Young back in time to face the Giants on the road — who has an identical 7-5 record in the NFC East — would be huge for the Commanders.