It seems like ages ago when the Denver Broncos won Super Bowl 50 to send Peyton Manning out on top. Since then, the Broncos have fallen on on hard times. Denver has no playoff appearances since Manning retired, and has finished last in the AFC West three times.

Entering the 2022 season, the Broncos hope to finally get back on track. Denver made significant improvements to its roster over the offseason, most notably acquiring Russell Wilson in a blockbuster trade with the Seattle Seahawks. The addition of Wilson and others garnered significant attention, and some see the Broncos as Super Bowl contenders.

Wilson is an undeniably significant addition, but any great quarterback needs receivers to throw to. Denver has pass-catchers with potential, but few who have proven themselves in the NFL just yet.  Jerry Jeudy and KJ Hamler are solid receivers in their own right, but Courtland Sutton is definitely the headliner for the Broncos.

Sutton was Denver’s leading receiver in two of the last three years. He’ll have a much better quarterback throwing to him this season, which should greatly boost his fantasy prospects. With that said, here’s Sutton’s fantasy football outlook for the 2022 NFL season.

First and foremost, it’s important to consider Sutton’s previous stats in context of the team around him. Many teams’ top receivers have a star quarterback throwing to them as well. Davante Adams had Aaron Rodgers, Tyreek Hill had Patrick Mahomes, and so on.

That was far from the case with Sutton. The list of quarterbacks throwing to Sutton over his career includes Case Keenum, Joe Flacco, Drew Lock and Teddy Bridgewater. Obviously, that isn’t the most star-studded group of quarterbacks.

Playing with a proven star quarterback in Wilson will do wonders for Sutton’s fantasy numbers. He already has a 1,000-yard season under his belt in 2019, when he finished with 1,112 yards and six scores. If he can put up those stats with subpar quarterback play, he should easily eclipse it with Wilson throwing to him.

The two seem to be bonding both on and off the field before even playing a snap together. If the off-field bond between Sutton and Wilson translates to the gridiron, they could be a sneaky good connection this season.

“His knowledge of the game is to a different level,” Sutton said, per ESPN’s Jeff Legwold. “It comes to him so easy, he wants everyone around him to understand it the way he understands it.”

Another point in Sutton’s favor is his availability. After only playing one game in 2020 due to a torn ACL, he bounced back with a solid, healthy season where he played all 17 games. He also played every game in his first two seasons, so he has proven he can make it through an entire season regularly.

The other pass-catchers around Sutton should only compliment his abilities. There’s no true star of the group, meaning that one receiver won’t steal targets away from the others. This approach forces opposing defenses to pay attention to every receiver and not just swarm one of them.

Sutton’s average draft position on NFL.com is 103.98, placing him in the 11th round of the draft. Other receivers with similar positions include Chase Claypool and Gabriel Davis. If he’s available that late, Sutton should be a great rotational player who can see play in the flex, or maybe even at WR2 depending on the matchup. 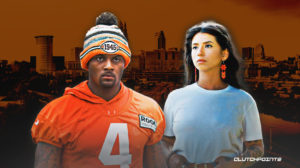