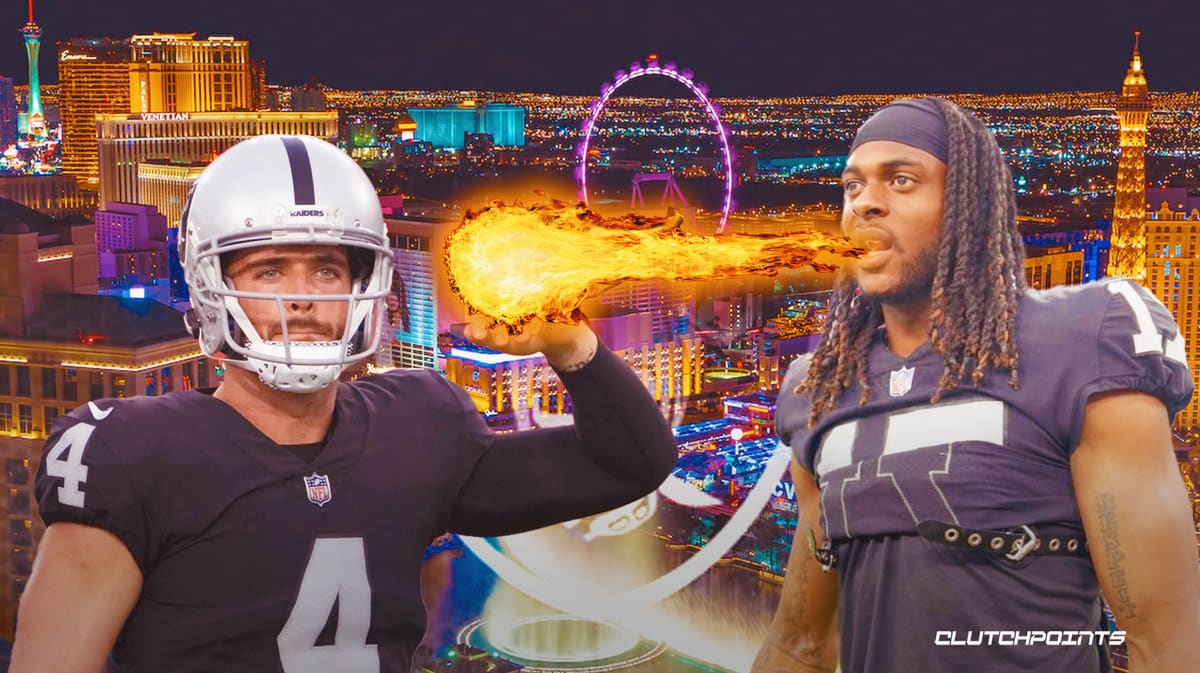 The Las Vegas Raiders have some high hopes for the 2022 season. A big reason for that is because of Davante Adams, the team’s new star wide receiver. The Raiders are excited to see how high their offense can fly this season, and it seems like a good time to look at our Davante Adams’ Week 1 bold predictions for Las Vegas’ season-opener against the Los Angeles Chargers.

A lot has changed in the AFC West since the last time we saw the NFL in action. The Kansas City Chiefs were runaway favorites in the division last year. This time around, any one of the West’s four teams has a legitimate shot of winning the division this season. Right off the bat, the Raiders have an extremely important division matchup against Los Angeles to kick off the season.

Adams figures to play a big role in the outcome of the game, and his presence in the Raiders offense should drastically change how they operate this season. Let’s dive into a pair of bold predictions for Adams’ first contest with the Raiders, and see how big of an impact he could have in his first game with his new team.

2. Davante Adams will be held without a catch in the first half

While Adams has familiarity with Derek Carr from their college days at Fresno State, it’s clear that Carr is a step down from Adams’ old quarterback Aaron Rodgers. Rodgers and Adams were almost always on the same wavelength over the past two seasons, which helped him become one of the top wide receivers in the entire league. Building that connection up with Carr will take some time again.

The problem is that Adams will get thrown right into the fire in his first game with Las Vegas. The Chargers have a deep secondary, led by star free agent signing J.C. Jackson, Asante Samuel Jr., and Derwin James Jr. Jackson may not end up playing on Sunday (he’s listed as doubtful for the game) but even then, Samuel is no slouch himself. That may make things more difficult for Adams, because he could end up seeing safety help behind Samuel if Jackson can’t go.

Whichever way you slice it, Adams is going to have a tough outing on Sunday against the Chargers. Combine that with his implementation into a new offense, and he’s going to struggle out of the gate with the Raiders, getting no catches on just three targets in the first half.

Hunter Renfrow will have much more favorable matchups out of the slot, and find himself getting open far more frequently than Adams, which takes away from his target share. Darren Waller will see a lot of James, but James isn’t going to cover him every play, and when he doesn’t Carr will take advantage of it. This will force some halftime adjustments, as the offense is going to need to figure out how to get Adams involved in the second half.

The Raiders will switch up their offensive sets, and move Adams into the slot from time to time to free him up underneath. This makes it tougher for safety help to be utilized, and Samuel struggles to hold up in coverage. Adams will rack up four catches for 50 yards in the third quarter after being blanketed in the first half, and the Raiders offense will begin to find some rhythm.

This rhythm will be disrupted when the Chargers opt to run a single-high safety with Adams playing underneath more, meaning James will be moved into the box to disrupt Adams when he lines up as the slot receiver. Adams will go quiet again early in the fourth, only picking up one catch for six yards on the Raiders first two drives of the final frame.

With the Raiders down by four and under two minutes left to play, Adams will be put back on the outside, but the Chargers stay keep one true safety in their secondary, meaning Adams has a one-on-one matchup with Samuel. He immediately burns him on the outside for a 30 yard gain, and Las Vegas is in business.

Adams will pick up a huge third down later on in the drive after he gets motioned into the slot and creates separation from Samuel on a crossing route. The Raiders will make it inside the ten yard line, but struggle to punch it in. On the Raiders last hope, a fourth-and-goal play from the five yard line, Carr will find Adams in the back left corner of the end zone for the game-winning touchdown.

Adams’ debut with the Raiders will get off to a slow start, but he ends up turning it on when Las Vegas needs him the most, and leads his team to victory.