Derek Carr is a quarterback in the NFL playing for the Las Vegas Raiders. He enjoyed a successful career during his college playing days at Fresno State where he was an MWC Champion, two-time first-team All-MWC, two-time MWC Offensive Player of the Year, and the recipient of the 2013 Sammy Baugh Trophy. Carr was drafted by the Raiders in the 2014 NFL Draft when the team was still located at Oakland. In the pros, he has been the long-time quarterback of the Raiders and he has been selected for the Pro Bowl for three consecutive seasons. However, the main topic of this article is his better half. We are here to talk about Derek Carr’s wife Heather Neel. 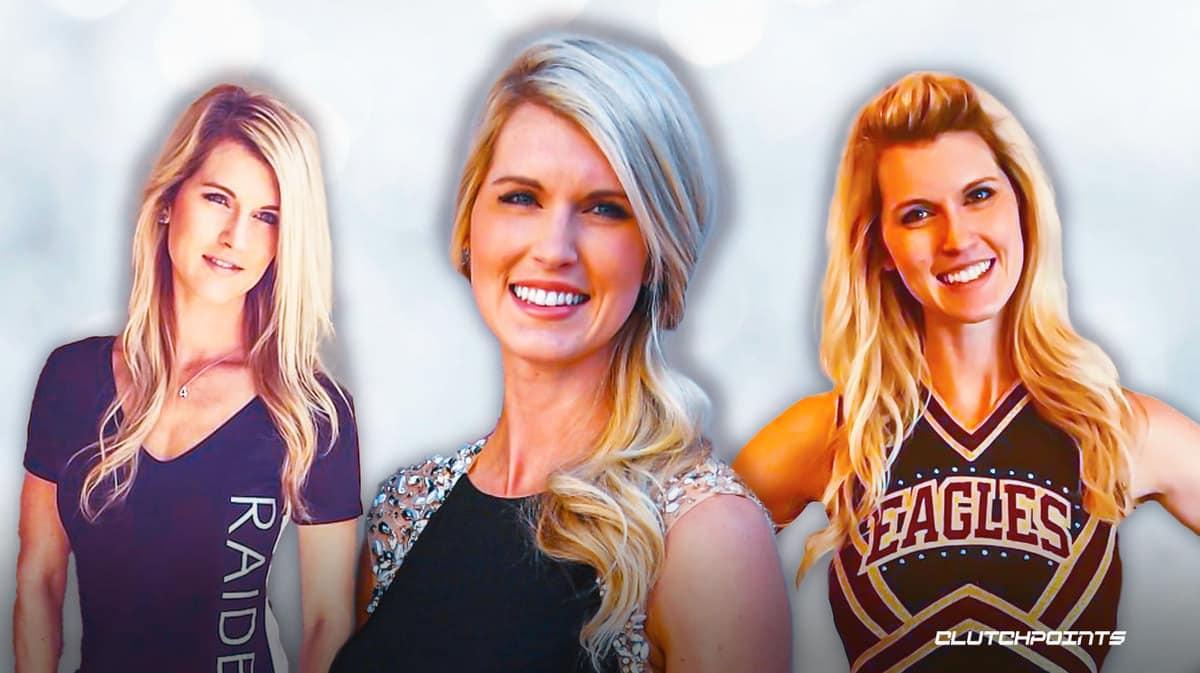 Heather Ashley Neel was born on January 3, 1990, in Fresno, California, to parents Bryan Neel and Vicki Neel. She attended Fresno Christian High School. After graduating from high school, she decided to stay close to home for college and enrolled at Fresno State.

During her high school and college years, Heather Neel was a cheerleader for Fresno Christian High School and Fresno State, respectively. On top of that, she was working as a waitress at BJ’s Brewhouse to help her earn money while finishing her studies.

Despite being from the same school during their college years, Heather Neel and Derek Carr did not meet until the quarterback visited BJ’s Brewhouse during his sophomore year. Neel happened to wait the table of Carr and the latter used a pickup line to get her attention.

“I had like diamond earrings in my ear and I had them both, I knew I did. And he said, “Why are you only wearing one earring?” And it made me check my ears. And I was like, “that’s your pick up line?” (It worked) it did work. I talked to him.” Neel said in an interview with ABC7.

After their first encounter, Derek built up all his confidence and asked her out — he also asked if Heather could pick him up as he wanted to show her off to her friends.

“I wanted to show her off to my friends because she was so beautiful. They wouldn’t believe me. I’m texting this girl. She’s so beautiful. I’m gonna marry this girl. And they would laugh at me. We hadn’t even hung out yet.”

Despite having a strong Christian faith by the influence of his grandparents, Derek Carr was often part of parties, especially during his time as a star quarterback for the Fresno State Bulldogs. This did not sit well for Heather Neel, who was also a devout Christian.

“Heather actually wrote me a letter and she said, ‘You’re not the person that I thought you were,’” Carr said, adding, “I read that and I remember I stood up in front of my teammates and I told them, ‘Hey, I’ve been telling you I’m a Christian and I’ve been living the party life and all that. And that’s dead wrong.’ And that’s kind of when I got my thing right.”

Derek and Heather were kind of a team as Derek was leading Fresno State’s offense while Heather was rooting on the sideline for the Bulldogs as their cheerleader. After a while, the couple tied the know on June 29, 2012.

Coincidentally, Derek had his best two seasons as a Bulldog where he led Fresno State to a 20-6 record en route to a 2013 MWC Championship as the newly-married Carr threw for 9,187 yards and 87 touchdowns with only 15 interceptions during that span.

Heather and Derek currently have four children: Dallas Mason, Deker Luke, Deakon Derek, and Brooklyn Mae. All of the boys’ names start with the letter D, and their youngest — a girl — was born in 2020.

Unfortunately, Dallas suffered from intestinal malrotation after he was born and required three surgeries in a span of several weeks to correct and repair his intestines.

“I’ve been pulled off the field by my coaches and I’m thinking Dallas is doing great, and they’re saying, ‘Dallas is going back into surgery,’ and I ran up the ramp bawling my eyes out because I can’t do anything to help my son but pray for him,” Carr said.

Thankfully, Dallas fully recovered after the series of surgeries and is now healthy.

Currently, Heather and her family reside in the Southern Highlands master-planned community in the southern foothills of the Las Vegas Valley, and they are neighbors with former Raiders coach Jon Gruden.

Heather Neel is a loving wife to Derek Carr and a great mother to her four children. She continues to hold the fort as she supports her husband who has a very demanding job that requires a lot of traveling.